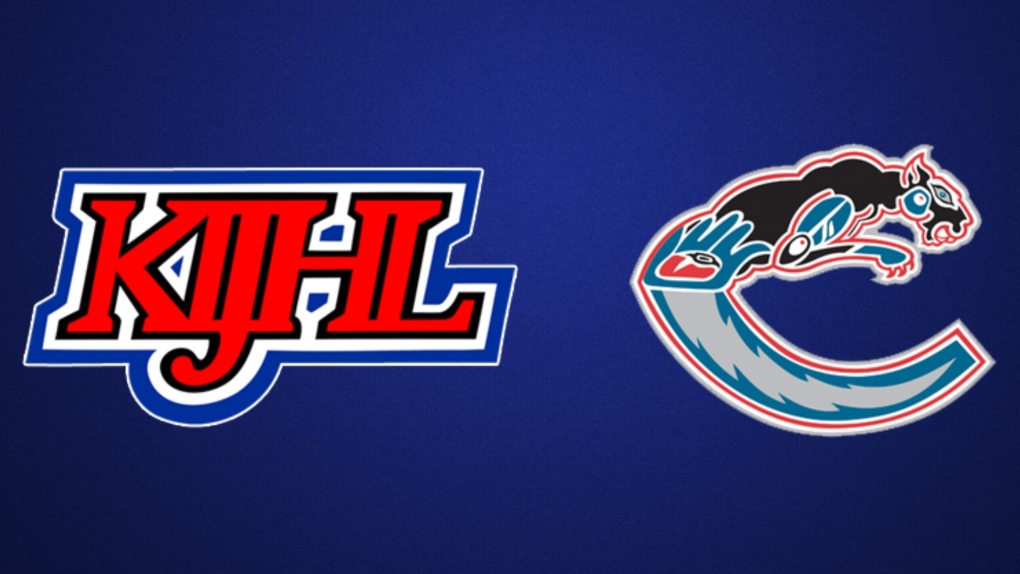 The logos of the Kootenay International Junior Hockey League and the Creston Valley Thunder Cats are seen in an image from the league's website.

A junior hockey team in southeastern B.C. has been fined and placed on probation following an investigation into alleged hazing among players.

The Kootenay International Junior Hockey League announced the disciplinary measures against the Creston Valley Thunder Cats on Monday, but did not provide any details on the allegations.

"What occurred in Creston was unacceptable, and the discipline imposed against the Thunder Cats' organization and members of the team reflect our zero-tolerance approach to these types of incidents," commissioner Jeff Dubois said in a statement.

The allegations were reported to the league by Thunder Cats staff on Sept. 13, resulting in a suspension of team activities, including an exhibition game that was scheduled for the following day.

The team was placed on probation for two years and ordered to "take proactive steps to ensure a positive team culture free from abuse, bullying and harassment," the league said in a news release.

"Our investigation made clear that we have considerable work to do in order to educate our players on the standard of behaviour and leadership expected of them in a team environment," Dubois said. "We take this responsibility seriously, and we are taking immediate steps to address this issue."

The league did not reveal the amount of the team's fine, and said it would not be commenting further on the investigation or disciplinary measures.

Reached for comment, the president of the Creston Valley Thunder Cats told CTV News the club "co-operated fully" with the league's investigation, and accepts the discipline that was handed down.

"Hazing has no place in the sport of hockey and we are taking immediate steps to prevent similar incidents from occurring in the future," Larry Binks said in an email statement.