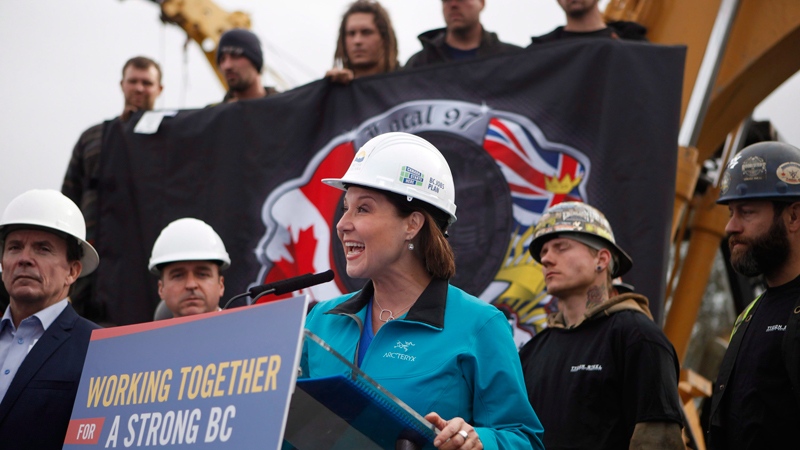 Premier Christy Clark speaks as ironworkers from Local 97 and the union representing more than 1,800 ironworkers in the province announce they are endorsing the Liberals during a press conference at a construction site along Johnston Street in Victoria, B.C., on Wednesday, March 1, 2017. THE CANADIAN PRESS/Chad Hipolito

VICTORIA - A British Columbia construction union has thrown its support behind Premier Christy Clark in the coming election campaign, saying her government's jobs plan provides work for its members.

At an event attended by Clark, Parton said the union never officially endorsed the Liberals in the past and the support does not mean individual members will vote for the party.

NDP Leader John Horgan says the union's endorsement does not represent the mood of B.C.'s labour movement, which traditionally supports the New Democrats.

Horgan says he supports LNG developments with conditions, and there's not enough evidence that Site C or George Massey project should be built.

The election is scheduled for May 9.