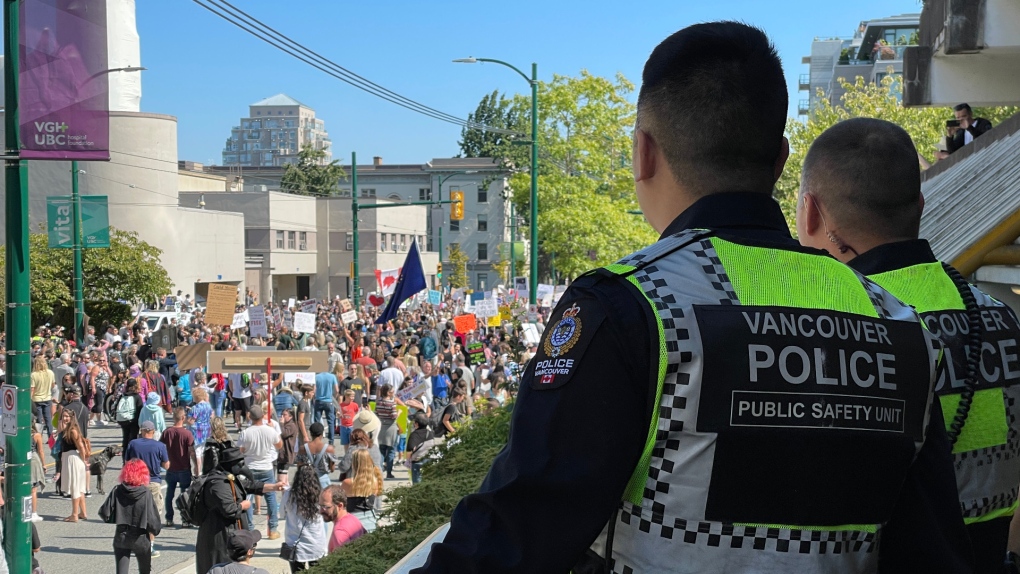 B.C. has introduced legislation to prevent protesters from blocking access to hospitals and schools, as well as COVID-19 testing and vaccination sites.

The bill, which was introduced by Attorney General David Eby on Monday afternoon, would establish a 20-metre "bubble zone" around those facilities. Once passed, police will be able to fine or arrest anyone who blocks access or attempts to intimidate people at the sites.

“Police can issue tickets of up to $2,000 for violations, police can arrest individuals, and imprisonment can be up to six months,” Eby told reporters.

Eby went on to say this would provide police with an additional tool to use if they feel it's necessary.

“When we put various enforcement orders in place, at the provincial level, it is still up to the discretion of the individual enforcing officer whether or not to use them,” he added.

Dr. Matthew Chow, the president of Doctors of B.C., said anti-vaccine protests in September that saw health professionals harassed, was like a "gut-punch."

“I think this legislation sends the right message, it sets out a firm line in the sand and we’re letting people know hey, these protests, this harassment, this abuse – it’s not acceptable,” he told CTV News in an interview.

Eby said access zones can be expanded and more facilities can be protected if need be.

Asked whether the legislation could stop protests like the one that saw a Kelowna Remembrance Day ceremony interrupted, he said police have other arrest powers they can use, adding the bill is tailored to ensure access to services like health-care and education.

Dr. Chow said he hoped the bill would send a message to anti-vaccine protesters who continue to harass his members.

Mounties say autopsies have begun as they try to identify the four people who were found dead in a frigid Manitoba blizzard near the United States border.