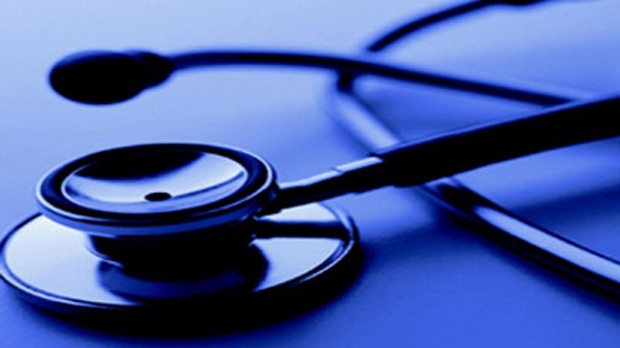 A B.C. doctor has been banned for life from registering with the province's college of physicians and surgeons after admitting to an "extensive history" of unprofessional conduct, mostly related to billing practices.

Dr. Gustavo Jose Carvalho's discipline record extends back to 1993, according to a notice published by the College of Physicians and Surgeons of B.C. this week.

That year, the notice indicates, he was suspended and fined $20,000 "after being found guilty of infamous conduct for billing the Medical Services Plan for services that were not rendered."

In subsequent years, Carvalho faced further discipline from the college, including a reprimand in 2001 for "failing to properly protect and maintain the confidentiality of medical records"; a suspension and $50,000 fine in 2012 after he admitted to making improper MSP claims; and additional reprimands, fines and suspensions for breaching the conditions placed on his practice.

Carvalho was also investigated and punished by the province's Medical Services Commission, which concluded in 2016 that he had made "approximately 232 fraudulent claims" to the MSP, according to the college's notice.

The Medical Services Commission ordered him to pay back roughly $190,000 he had billed to the MSP, cancelled his enrolment in the MSP, and permanently banned him from re-enrolling.

Carvalho appealed the commission's decision to the B.C. Supreme Court and the B.C. Court of Appeal, but his petitions were dismissed at both levels.

Writing for the three-judge panel that heard the case in B.C.'s highest court, Justice David C. Harris concluded his reasons with the following observation:

"Dr. Carvalho argued the appeal as if his principal problem on the facts was poor record keeping. Even a cursory review of the findings of the (Medical Services Commission discipline) panel suggests Dr. Carvalho was systematically billing the MSP for medically required services he had not in fact rendered."

Though Carvalho's disenrollment from MSP was upheld in 2018, he remained a registrant with the college, most recently practicing in Richmond.

The latest disciplinary action against him stemmed from additional breaches of his practice conditions and of an undertaking he signed in August 2020, in which he promised "not to practise medicine unless he secured a practice supervisor and setting approved by the college."

The college's notice indicates that Carvalho admitted to the misconduct he was accused of, and consented to the cancellation of his registration and the permanent ban. The punishment will take effect Jan. 1.

An annual survey on how trusting Canadians are suggests their faith in governments is rebounding as the COVID-19 pandemic begins to fade.

North Korean leader Kim Jong Un and his young daughter took center stage at a huge military parade, fueling speculation that she's being primed as a future leader of the isolated country as her father showed off his latest, largest nuclear missiles.

Health-care workers have new hand-washing guidelines. Here's how you can apply them

The way respiratory viruses have circulated this fall and winter, most Canadians could probably benefit from a hand-hygiene refresher. Here are the latest hand-washing best practices to apply in your daily life.

The Bank of Canada released a summary of its Governing Council meetings on Wednesday, providing the public and financial institutions with more insight into the central bank’s decision to raise its key interest rate on Jan. 25.

In a first for the Bank of Canada, it has released a summary of deliberations by its governing council regarding its policy decision to raise its key interest rate target by a quarter of a percentage point to 4.5 per cent in January. Here are five key takeaways from those discussions.