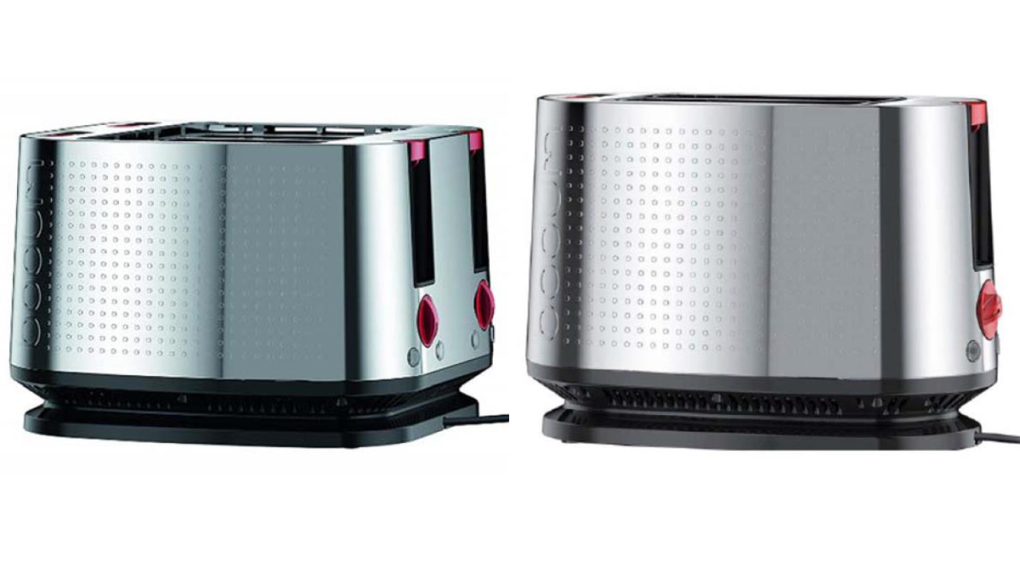 Bodum Bistro two-slice and four-slice toasters are being recalled in Canada and the U.S. (Images from Health Canada)

A toaster sold online and across Canada and the U.S. is being recalled for what officials call a "shock hazard."

Two models of the Bodum Bistro toaster can leak electric current when operating at the maximum normal temperature, Health Canada said in its recall notice Wednesday.

As a result, users are at risk of shock. As of last week, there were eight reports of electrical shock in Canada, but it appears there were no injuries as a result.

There have been no reports of shock or injury south of the border, but the U.S. Consumer Product Safety Commission has also issued the recall.

Anyone who has the four-slice or two-slice stainless steel Bodum Bistro is advised to stop using it immediately, and return it to the place of purchase for a refund. They can also contact Bodum directly at 1-833-722-6386, Health Canada said.