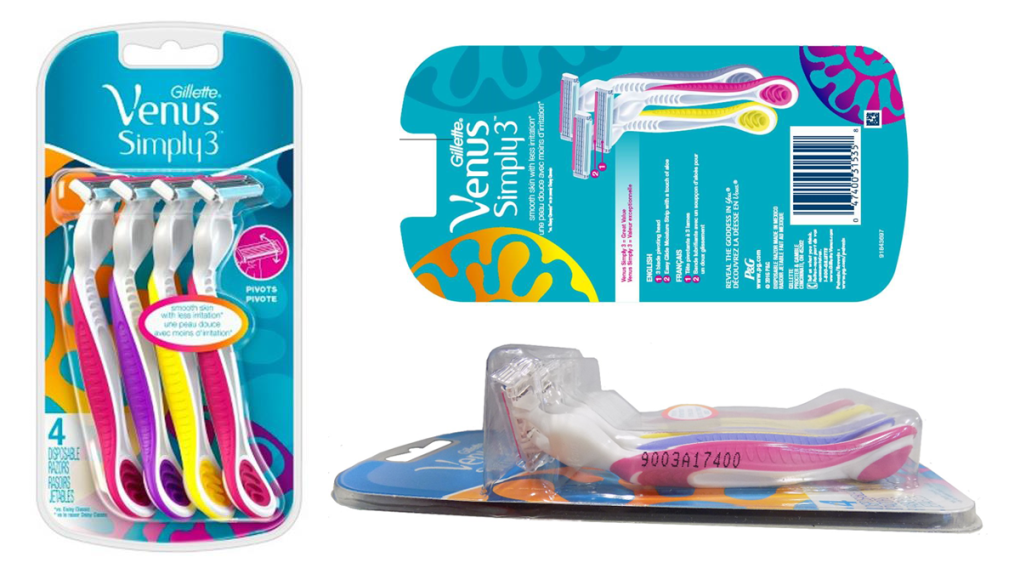 Health Canada is recalling Venus Simply3 razors because some of the blades have become "misaligned" during shaving. June 27, 2019. (Handout)

Health Canada is warning consumers about a line of Venus razor blades that have been recalled over a potential cutting hazard.

The potentially defective Venus Simply3 razors were sold in packs of four at Walmart, both in store and online, between February 2019 and May 2019, according to the agency.

Of the 2,700 packages sold across Canada in that time, about 15 have been identified as hazardous.

"The blades in these razors can become misaligned during the shave and pose a higher risk of cuts during use," Health Canada said in its recall.

Fortunately, there have been no reports of injuries anywhere in the country. In the U.S., where some 500 products have been identified as defective, one person reported being cut.

Anyone who purchased the razors from February to May has been advised to stop using them immediately and contact the company for a refund or replacement.