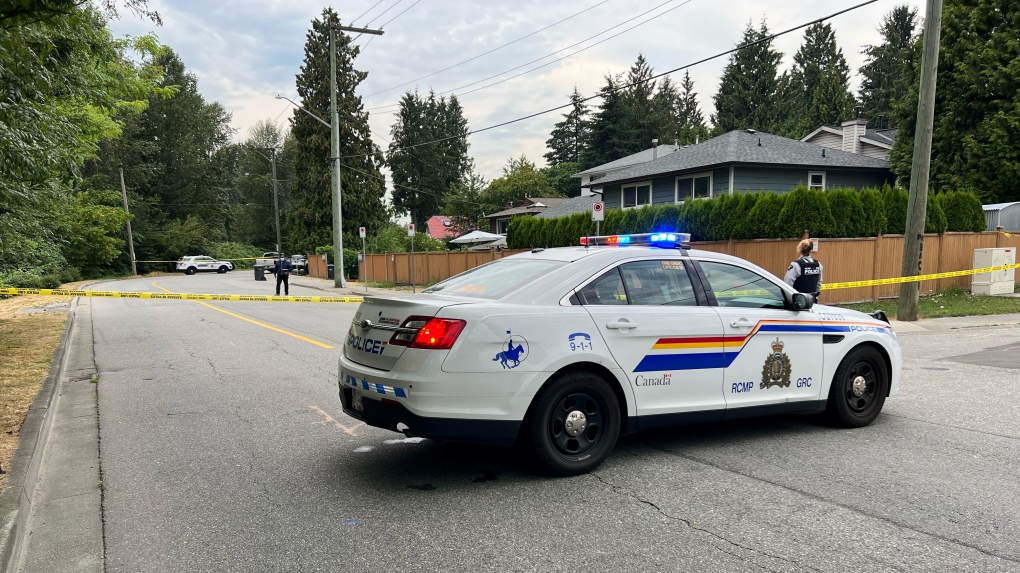 The scene of a second shooting on Davies Avenue in Port Coquitlam, B.C., is pictured on Friday, Aug. 19, 2022. (Jordan Jiang / CTV News Vancouver)

Police are investigating the second shooting in as many months on the same Port Coquitlam street.

The RCMP was called to Davies Avenue Thursday night for a shooting that fortunately did not result in any injuries.

Mounties said they're still working to determine what the motive was, and said nothing about suspects or intended victims.

In a brief news release Friday morning, the detachment said it was looking for witnesses, as well as anyone with dash-cam or surveillance video that might show people or vehicles in the area, which is near the intersection with Raleigh Street.

Anyone with information or video is asked to contact the Coquitlam RCMP.

It's the second shooting officers have been called to on Davies this summer. The earlier shooting was on June 30, and just a block away.

In that incident, a 37-year-old man was killed. Mehdi "Damien" Eslahian was known to police, and his death is believed to be targeted but not gang-related.

Mounties would not answer a question from CTV News about whether the latest shooting is connected to Eslahian's death.

"It is an ongoing investigation and we have released all the information we can at this time," a spokesperson said in an email.

Ontario education workers vote 96.5 per cent in favour of strike

Ontario education workers such as custodians, early childhood educators and school administration staff have voted 96.5 per cent in favour of a strike, the Canadian Union of Public Employees announced Monday.

More than 20,000 Nova Scotians still in the dark 10 days after Fiona, most schools reopen

Hurricane Orlene made landfall on Mexico's Pacific coast near the tourist town of Mazatlan on Monday. Orlene lost some strength after roaring over the Islas Maria, a former prison colony being developed as a tourist draw.

The federal government has begun its search for an organization to administer an endowment fund aimed at bolstering the economic and social well-being of Black Canadians.