1 dead after snowmobilers caught in avalanche near Valemount, B.C.

1 dead after snowmobilers caught in avalanche near Valemount, B.C. 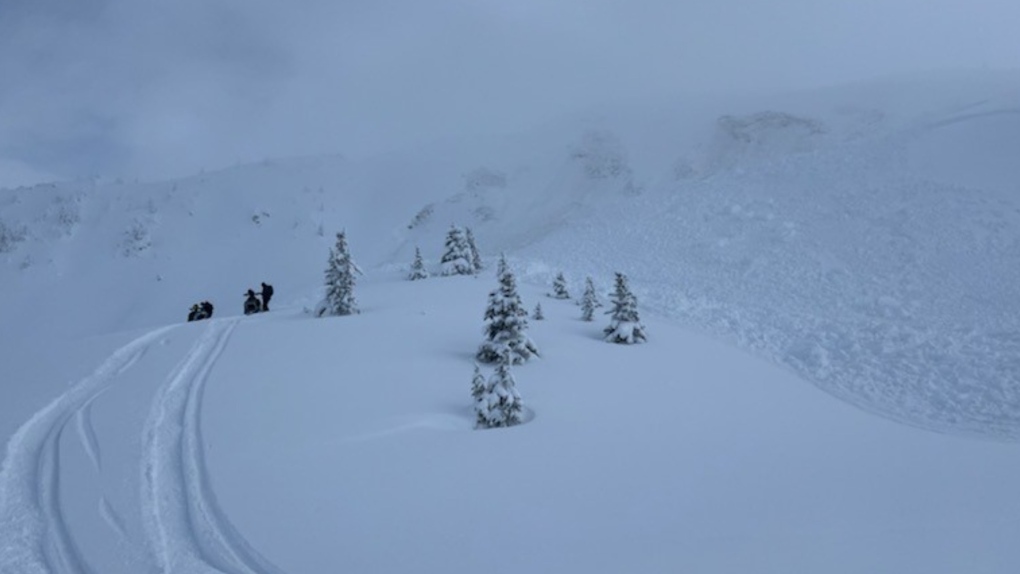 This photo shared by Avalanche Canada shows conditions near Valemount, B.C. where one person died in an avalanche. Credit: Twitter/avalancheca

One person has died after two snowmobilers were caught in an avalanche near Valemount, B.C. Saturday.

"We can confirm one snowmobile passenger died in the avalanche," said spokesperson Cpl. Alex Berube in an email, adding that the BC Coroners Service has taken over the investigation and that search and rescue crews were going to try to recover the body.

Avalanche Canada, which is warning of dangerous conditions in the area, provided more detail about the incident in an update online.

"One person managed to ride away from the avalanche, while the other was fully buried. The survivor was able to locate the buried victim but they were found to be unresponsive," the post says.

The avalanche occurred in the Oasis snowmobile area around 11:30 a.m. and was remote triggered.

"Remote-triggered avalanches are avalanches that occur away from the point where they are triggered. They happen when a slab fractures the weak layer below it but does not produce an avalanche at the site of the fracture," according to Avalanche Canada.

"Remote triggered avalanches are a strong sign of an unstable snowpack."

In a social media post on Saturday evening, the organization warned that there had been reports of "numerous" avalanches in the area, both remote- and human-triggered.

"This is a dangerous snowpack and it seems to be particularly volatile in this area at the moment," a tweet said.

We’re hearing reports of a serious avalanche accident in the Oasis snowmobiling area and further reports of numerous large human-triggered and remotely triggered avalanches in the mountains around the Valemount region. This is a dangerous snowpack and..
Allan Creek on Friday pic.twitter.com/1T2GDNfimK

This is the third avalanche-related death this month in the province. On Jan. 9, two off-duty police officers were caught in an avalanche near Kaslo. One died that day while the other died Saturday after being hospitalized for critical injuries.

Forecasters have warned that this season is expected to be particularly dangerous in B.C., with experts saying the snowpack only gets this weak every 10 to 20 years.

The City of Iqaluit says water services have been restored after an emergency partial shutdown due to issues with the piped water system.