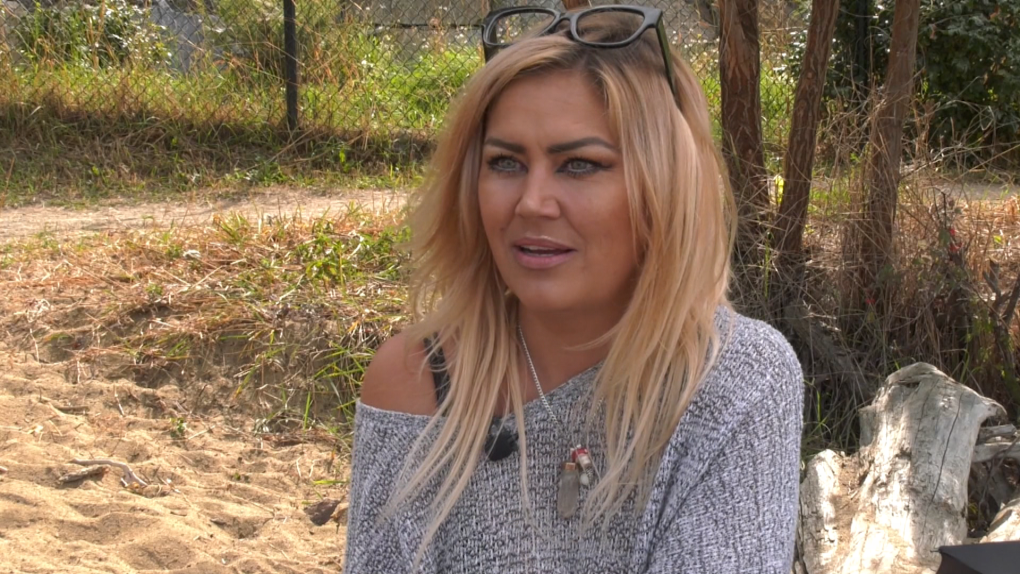 Casey Janulis speaks to CTV News about how her life has changed since being slashed in the neck with a machete in Vancouver's Downtown Eastside earlier this year.

A woman who was the victim of a stranger attack in Vancouver told CTV News she’s now “living in fear” after the suspect in her case was granted bail.

In June, Casey Janulis was slashed on the back of her neck with a machete while loading luggage into a taxi. It happened on Father’s Day near the Hotel Empress on the Downtown Eastside.

Janulis has since moved to B.C.’s Interior, saying she “will never go back” to Vancouver again.

“Basically he did take my life away from me – I’m never going to be the same again,” she told CTV News in an interview Monday.

Janulis said she struggles with numb hands and is easily triggered when people come too close, even just to offer a high-five. The hardest hurdle is that she sometimes gets confused.

“It’s not easy to cope with your brain not working properly,” she said. “My survival is a struggle, a very, very large struggle.” Her friends have since helped her put together a GoFundMe to help with ongoing medical costs.

Last month, the Vancouver Police Department announced charges had been laid in connection with the attack. Kenneth Stephen Solowan, 37, is facing two counts of aggravated assault.

Janulis said when she learned the news she was furious.

“Why? Why? Why? Who is to answer for this? Why is he walking? How? How is this possible?” she said. “I’m living in fear. I’m lucky I can turn my neck but now I have to literally look over in fear.”

Last week, the provincial government released 28 recommendations after a four-and-a-half-month study into repeat offenders and random violence in B.C.

According to the report, stranger attacks in Vancouver have increased by 35 per cent in 2021/2022 compared to 2019/2020, coinciding with the COVID-19 pandemic. The report also stated that most suspects "had been apprehended previously under the Mental Health Act and most had been named as suspects or charged in previous violent crime incidents.”

Public Safety Minister Mike Farnworth said three of the 28 recommendations will be the first priorities for government.

Food prices in Canada will continue to escalate in the new year, with grocery costs forecast to rise up to seven per cent in 2023, new research predicts.

Most Canadians back invocation of Emergencies Act during 'Freedom Convoy' protests: Nanos

As the inquiry into the federal government's decision to use the Emergencies Act during the 'Freedom Convoy' protests nears the finish line, a new survey has found that two in three Canadians say they support, at least to some degree, the invocation of the Act.

Canadian patient receives groundbreaking treatment for a disabling disorder, with a parathyroid transplant into her arm

Canadian doctors say they have cured a patient with a severe and disabling disorder with a parathyroid transplant from a deceased donor. Dawn Ethier, a mother of four and police officer in Ottawa, is the first in North America and one of perhaps two in the world given new parathyroid glands that have eliminated her debilitating symptoms.

Bob McGrath, an actor, musician and children's author widely known for his portrayal of one of the first regular characters on the children's show 'Sesame Street' has died at the age of 90.

Former U.S. President Donald Trump faced rebuke Sunday from officials in both parties after calling for the “termination” of parts of the U.S. Constitution over his lie that the 2020 election was stolen.