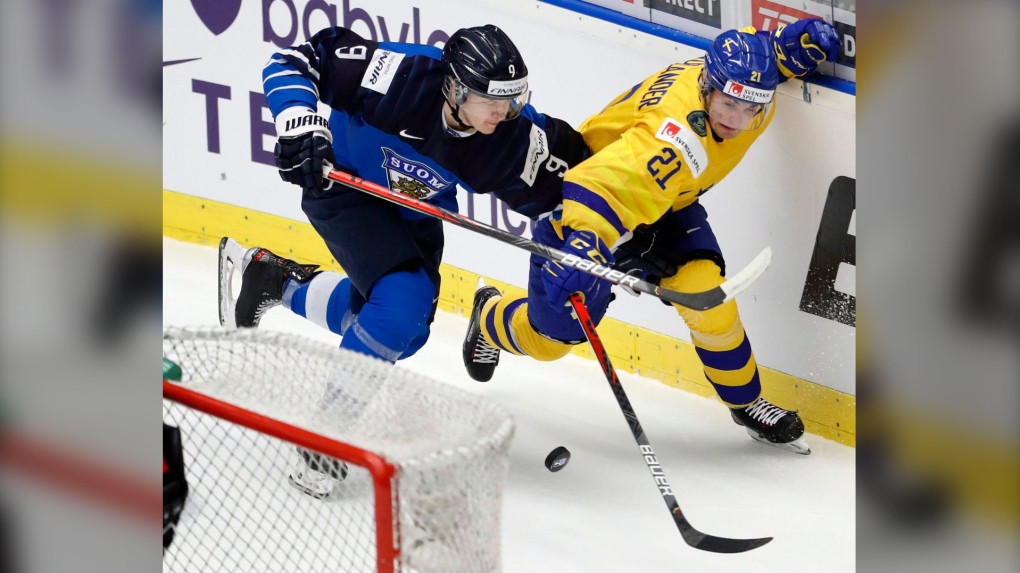 Nils Hoglander knows the jump to the NHL can be a big one.

Canucks general manager Jim Benning wouldn't be surprised if Vancouver's latest signing takes that step at training camp ahead of the 2020-21 season - whenever that might be.

The club announced the signing of the flashy, diminutive winger Wednesday to a three-year, entry-level contract.

“I'm excited,” Hoglander said on a conference call with reporters. “It's a big step in my hockey career.”

The 19-year-old had nine goals and 16 points in 41 games playing against men for Rogle BK of the Swedish Hockey League in 2019-20 before the remainder of the season was cancelled because of the COVID-19 pandemic.

While it's unclear if the NHL will be able to complete the current campaign and playoffs, looking a little further ahead, Benning said it's possible Hoglander could crack Vancouver's lineup in the not-too-distant future.

“He played in the (SHL) this year and never looked out of place,” said the GM. “Once he's up and going, and after he has a year or two under his belt, I think he'd be a top-6 (forward) for us.”

“The next step is to get to training camp and see where he fits in with everybody else.”

Hoglander, who stands five foot eight and weighs 183 pounds, fell to the Canucks at the No. 40 spot in the 2019 because of questions about his size.

“I will show people I can play against bigger men,” he said. “I trust my body and my game.”

Benning shared a similar sentiment about how Hoglander's game translates to the smaller NHL ice.

“He's not a very tall player in stature, but he's strong and he protects the puck really well,” Benning said. “He buys time to make plays and get his looks at the net. He's a hard-working kid.

“We really like his character, he wants to be a real good player in the league.”

The native of Bocktrask, Sweden helped his country earn a bronze medal at the 2020 world junior hockey championships, finishing third in tournament scoring with five goals - including an incredible lacrosse-style effort - and six assists in seven games.

Hoglander, however, was also ejected early in a semifinal loss to Russia for a check to the head.

While disappointed in himself at getting booted in a crucial moment, he said playing feisty is part of his game.

“I always love to win the puck, win the battle ... and don't be scared to go into the battle,” Hoglander said. “I'm not the biggest guy. I need to go in with my body and win the puck against bigger men.”

The lacrosse goal - known as a “Zorro” move in Sweden - at the world juniors was actually the second time he'd successfully fooled a netminder by collecting the puck on his stick and scooping it into the top corner in a matter of months after also connecting in the SHL.

“When I was young I always liked to try crazy things with the puck,” Hoglander said. “I don't know what I'm thinking when I do it. It just comes up in my head.

The Canucks already view Hoglander as a part of Vancouver's young core that includes Elias Pettersson - who put in a good word for his countryman before the draft - Brock Boeser, Quinn Hughes, Bo Horvat and 2019 first-round pick Vasili Podkolzin.

Whether that's sooner or later remains to be seen.

“Going from the SHL to the NHL is hard,” Hoglander said. “I'm gonna do my best and show that I'm a player.”