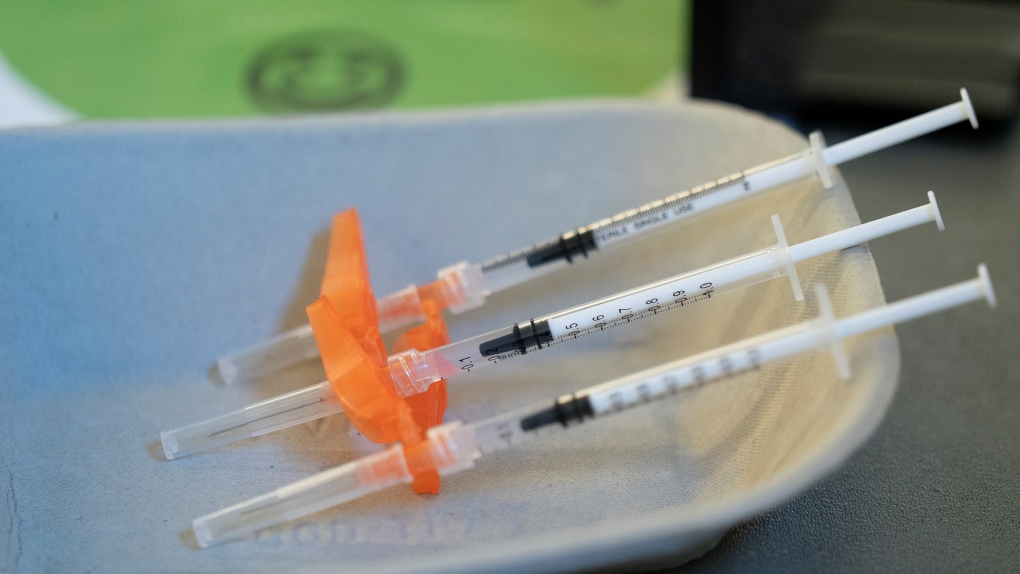 People who’ve missed getting a vaccine because of wildfire evacuations are being encouraged to go get a first or second dose on Wednesday.

B.C.’s Walk-in Wednesday event will see all vaccine clinics across the province open up for drop-in appointments. This means that people don’t need to pre-book their vaccine through the province’s scheduling system.

People are asked to bring photo ID. Anyone seeking a first dose is welcome to drop-in at a clinic of their convenience, as well as those seeking a second dose – provided they received their first dose before June 16.

“We know that many people who've been displaced because of the wildfires ... may not have had the opportunity to get their second dose or to get their first dose,” Dr. Bonnie Henry said Tuesday.

“Tomorrow's an opportunity across the province for people to walk in and get those important vaccines that will protect you from COVID-19.”

Walk-in Wednesday is part of the Vax for BC campaign. On its website, it says that those dropping in for a jab should be prepared to receive either of the mRNA vaccines (Pfizer or Moderna) and that those who are getting their second dose are encouraged to bring their proof-of-immunization record.

The vaccine push as the province records an uptick in cases, especially in the Interior Health authority. Henry says most new cases are among those who aren’t yet vaccinated.

“The vast majority of people who are getting sick with COVID right now, have not been immunized,” she said.

And less than four per cent of those who’ve been in the ICU with COVID-19 infections in the past two months were people who have received a vaccination, she said.

“We know the vaccine works, it protects people, and that's what we need to focus on,” Henry said.

For those who can’t make it to Walk-in Wednesday, it’s still worth checking for other walk-in vaccine times. There’s a list that includes the time and place of future walk-in clinic times across the province, available on the Vax for BC website.

A source close to the family of Brian Laundrie says Gabby Petito's fiance, who is now the subject of a federal warrant, left his parents' Florida home last Tuesday without his cell phone and wallet.

Canada has now fully vaccinated 79.46 per cent of the country's eligible population.