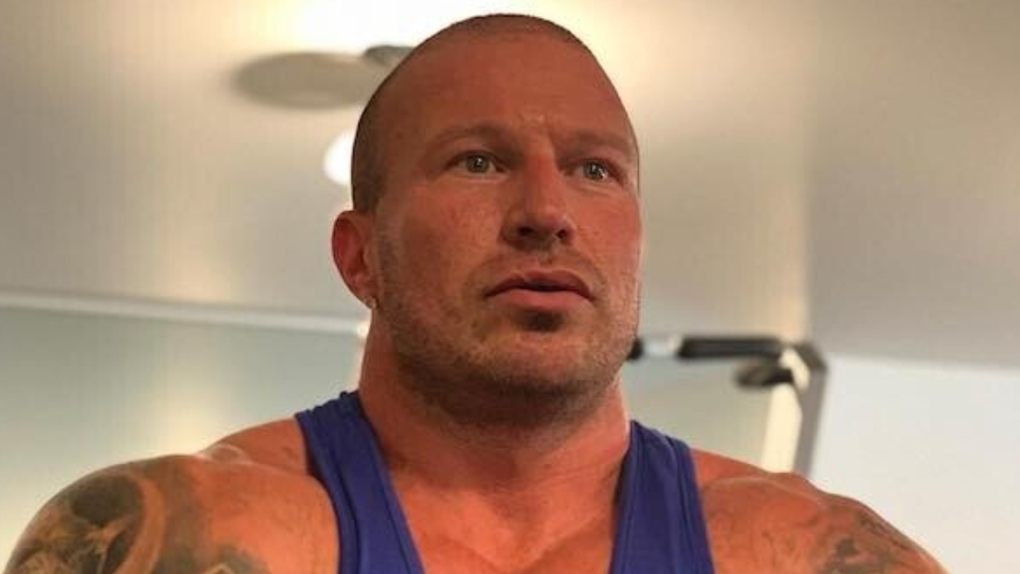 Kyle Gianis, who died early Thursday morning near a campground in Enderby, B.C., is seen in an image from the Castanet website.
Vancouver -

One of the two men targeted in last weekend's shooting in Kelowna has died during an encounter with the RCMP, prompting an investigation by B.C.'s police watchdog.

Authorities said officers found the 37-year-old in medical distress at a campground near Enderby overnight, and that they gave him medical attention until paramedics arrived.

Kyle Gianis, who had been the subject of a public warning because of his ties to criminal activity, died at the scene.

In a news release, the B.C. RCMP said officers attended the campground after receiving a report that two women had been stabbed and that a suspect was "acting erratically due to possible drug impairment."

Authorities cordoned off the area and launched a search using a police dog before finding Gianis on an embankment near a river at around 2 a.m., according to the release.

The RCMP said he was suffering what appeared to be self-inflicted injuries. After he died, officers contacted the Independent Investigations Office of B.C., which is tasked with reviewing any police-involved incident that results in death or serious harm.

The two women's injuries were not life-threatening, authorities said.

Gianis and an unnamed 25-year-old man were targeted in a shooting Saturday evening, but both survived. After the attack, Kelowna RCMP cautioned the public that Gianis posed "a threat to our community and the public in general" because of his criminal connections.

Authorities are still trying to track down the shooter, and on Wednesday released a brief surveillance video showing a suspect in a light-coloured hoodie running away from the scene.

The individual was later seen driving away in a light-coloured SUV, police said.

An undetonated explosive device was also recovered from the area, which Insp. Beth McAndie of the Kelowna RCMP described as a "dramatic escalation in violence" in the city.

Authorities confirmed the device was a viable explosive that could have damaged property and seriously injured bystanders.

The Conservative Party has come up short, failing to dethrone the now three-term Liberal Party. Leader Erin O'Toole conceded defeat in the early hours of Tuesday morning, after the Liberals secured a minority government win.

Much of the country is waking up to 'more of the same' Tuesday morning after Canadians re-elected another Liberal minority government in the 2021 federal election.

The Green Party is sending more than one MP to Ottawa for just the second time in its history, even as it appeared to lose a significant amount of the voter support it received in 2019 and its leader didn't come close to winning her desired seat.

People's Party of Canada Leader Maxime Bernier has failed to win back his old seat in Beauce, Que., but his party looks to increase its popular vote.

A 36-day federal election campaign came to an end with a result that will give the Liberals another minority government. Replay the CTVNews.ca live blog from election day.