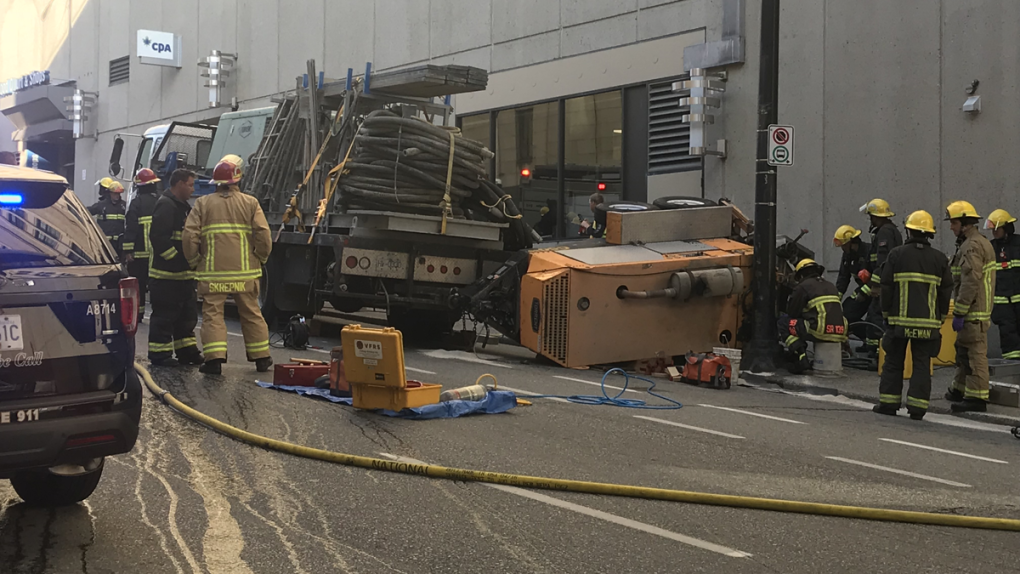 A downtown Vancouver street was closed Tuesday morning after a generator flipped, spilling fuel onto the road.

Richards Street was blocked from West Hastings to West Cordova at around 8 a.m. as crews responded to the spill.

It appeared the generator was being pulled by a truck, and had flipped onto its side.

Firefighters and a hazmat team were brought in to help, and could be seen draining the remaining fuel out of the generator. 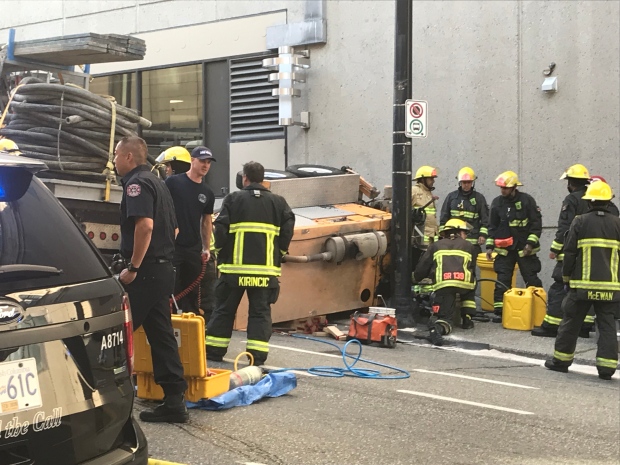