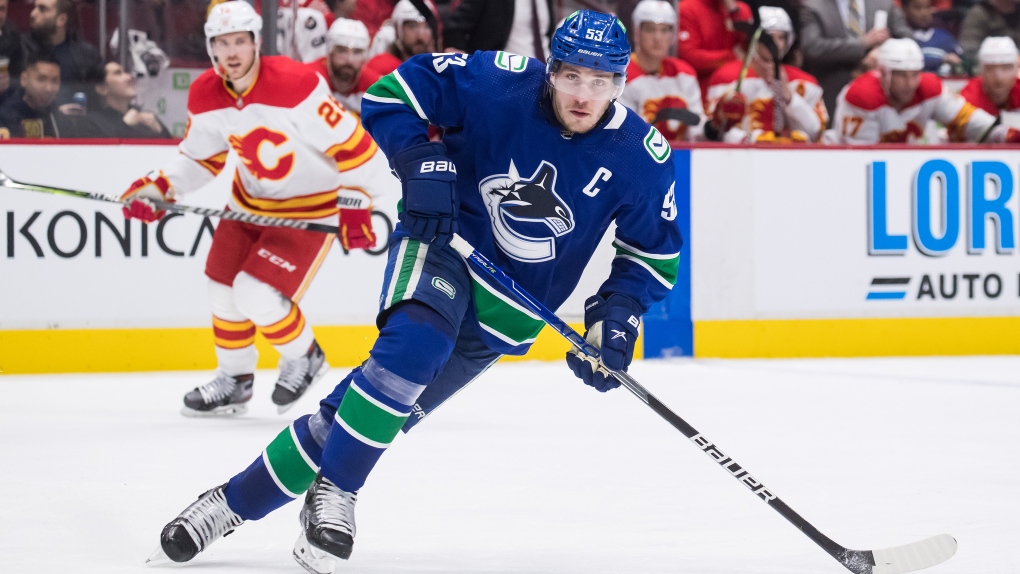 Vancouver Canucks' Bo Horvat skates during the third period of an NHL hockey game against the Calgary Flames in Vancouver, on Saturday, March 19, 2022. THE CANADIAN PRESS/Darryl Dyck

The Vancouver Canucks say captain Bo Horvat will be out for at least two weeks after suffering a lower-body injury.

The team says the 27-year-old centre will be re-evaluated in two weeks - a timeline that means he may have played his last game of the regular season.

Horvat took Anton Stralman's shot off the inside of his right ankle early in the second period of Vancouver's 7-1 domination of the Arizona Coyotes on Thursday.

He went directly to the locker room and did not return to the game.

The Canucks have also updated the status of Nils Hoglander, saying the winger underwent successful surgery to repair a core muscle/groin injury and there is no timeline for his return.

Vancouver (37-28-10) still has a slim chance of making the playoffs and will continue a crucial homestand Monday when it hosts the Dallas Stars.

This report by The Canadian Press was first published April 15, 2022.