A health authority with a history of using dogs to help detect medical conditions has found a way to use its canine scent detection team to sniff out COVID-19.

Vancouver Coastal Health (VCH) has trained its team, called Canines for Care, to signal the scent of the disease.

The B.C. health authority said it was "no small feat" to train a team of dogs already able to detect the bacteria Clostridium difficile, also known as C. difficile, to notice a relatively new type of infection.

“We’re happy to say they have a sensitivity of 100 per cent…and that’s amazing,” said VCH medical microbiologist Dr. Marthe Charles, noting that means the dogs never miss a positive sample.

The process took the experienced team about six months to figure out.

VCH said the team, which is partly funded by Health Canada's restart program, worked with others around the world to find dogs with the right combination of genetics and potential.

"Every dog can sniff, but not every dog can work," canine scent detection specialist Teresa Zurberg said.

And once the dogs, named Micro, Yoki and Finn, were selected, the team had to figure out how to get access to samples, and train the canines in a way that was safe for the pups and their handlers.

Those samples were prepared in a way that removed the risk of transmission of the active virus.

Zurberg demonstrated for CTV News how the spaniel, Finn, zeroed in, in a room full of a dozen small “scent stands” which look like small cone-shaped speakers, on the stand containing the positive COVID-19 sample.

When she took the dog out of the room, and changed the position of the positive sample, Finn still found it within a matter of a few seconds.

“Odor to the dog is like colour is to us,” Zurberg said. “Where we can see different colours and shades and intensities, that’s how scent works for these guys.”

Each time Finn found the positive sample, Zurberg shouted “Good boy!” and released a treat from a small dispensing machine.

“This whole smelling thing, the sniffing thing, whether it’s a bomb dog, a drug dog, or a covid dog, it’s all a game,” she said.

In August, Micro, Yoki and Finn all passed what VCH describes as a "rigorous validation process" from a third party. 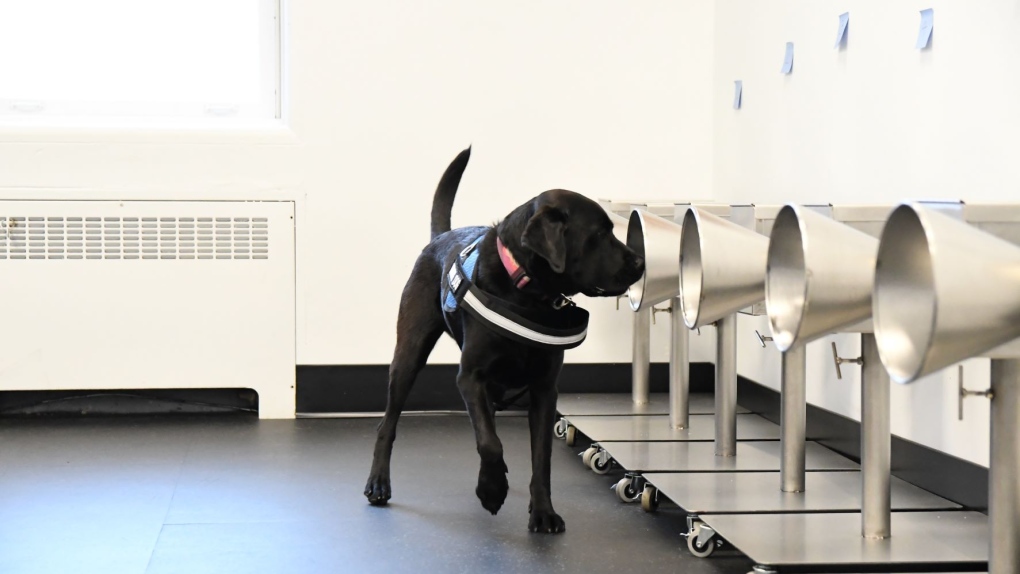 According to VCH, the dog team is part of its strategy to "tackle COVID-19 prevention from every possible angle."

“I think it’s really exciting to see that we can add another tool to the toolbox,” said Charles.

The health authority was the first in the world to operationalize its C. difficile detecting dog program, and now plans to develop a dog training program to provide ongoing public health support.

Possible future applications of teams like the one at VCH include detection of COVID-19 at airports and on cruise ships. 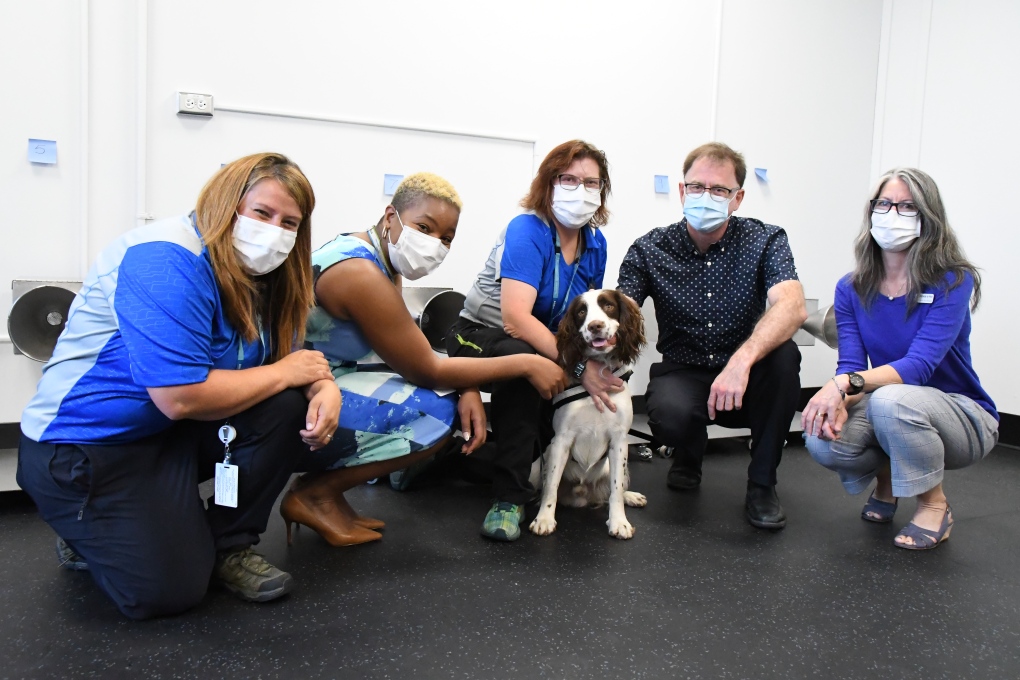