Uber driver who went more than twice the speed limit on a Vancouver bridge fined, has car impounded 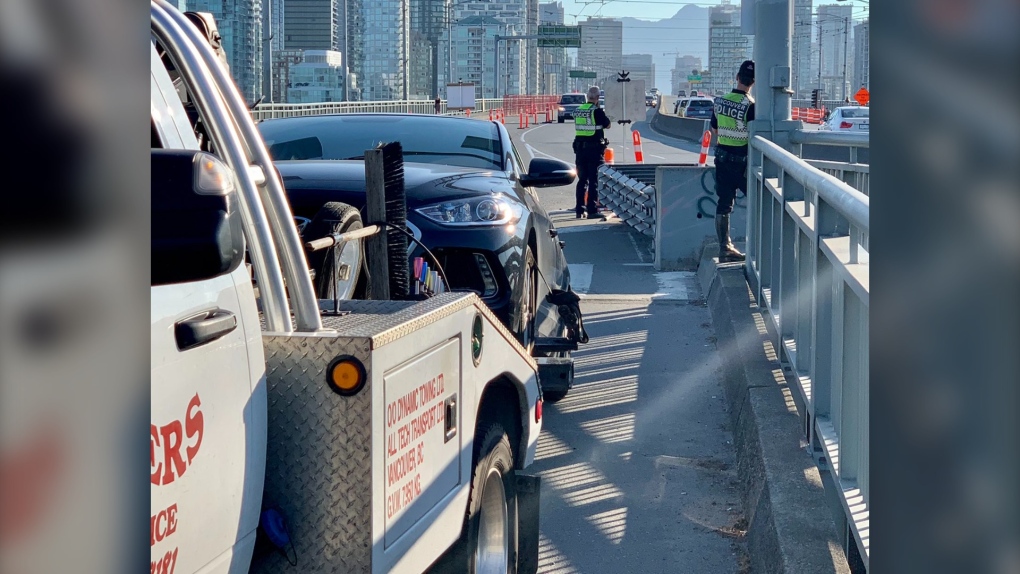 Vancouver police say an Uber driver was ticketed and had their vehicle impounded after they were caught speeding on the Granville Street Bridge. (Sgt. Mark Christensen/Twitter)
Vancouver -

An Uber driver will have to pay more than $650 in fines after they were caught doing more than twice the speed limit on a Vancouver bridge.

In a social media post Wednesday, Sgt. Mark Christensen said the driver was clocked at 75 km/h on the Granville Street Bridge even though the speed limit, because of ongoing construction, is 30 km/h.

Christensen tweeted saying the driver received a $368 fine and had their vehicle impounded for seven days.

But that wasn't the only infraction the driver was ticketed for.

"If you are an Uber driver with no vehicle identifiers on your vehicle add $288," Christensen wrote.

Drivers with one or more ticket for excessive speeding pay a driver risk premium, which is based on convictions and reviewed in three-year periods. More information on these premiums is available on ICBC's website.

LIVE at 3:30 MDT | Shandro to be replaced as Alberta health minister in Kenney cabinet shuffle: sources