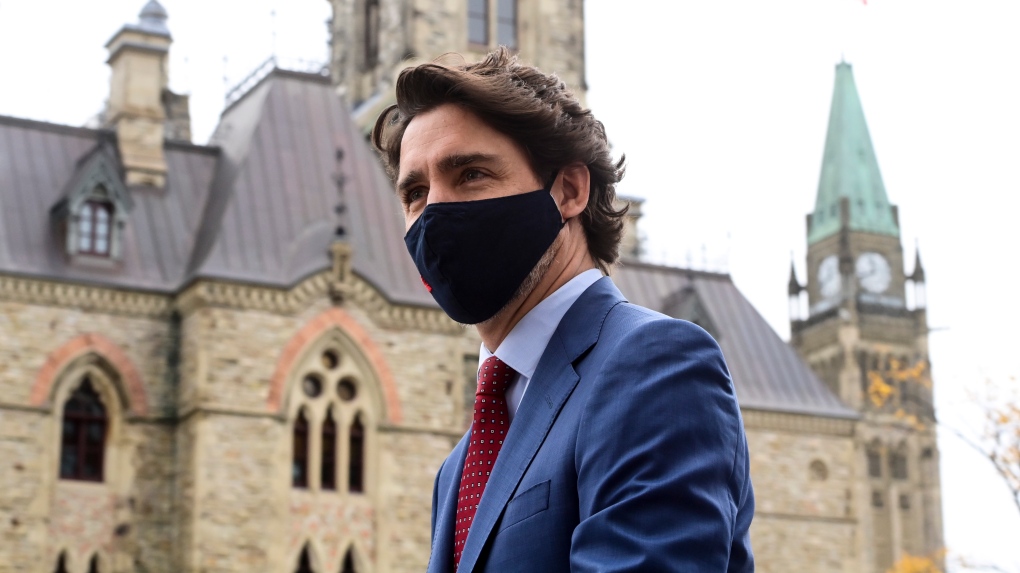 In this file photo, Prime Minister Justin Trudeau makes his way to a press conference during the COVID pandemic in Ottawa on Friday, Oct. 16, 2020. (THE CANADIAN PRESS/Sean Kilpatrick)

VICTORIA -- Prime Minister Justin Trudeau says he is looking forward to working with British Columbia Premier John Horgan on the response to the global pandemic after his election victory on Saturday night.

Trudeau congratulated Horgan and the NDP for their win.

Horgan took a risk by calling a snap election during the COVID-19 pandemic, but with the bulk of votes counted, the NDP has won enough seats to form a majority government.

The final count won't be available for three weeks due to the record number of about 525,000 ballots cast by mail, which have not been counted.

The New Democrats won 53 seats, the Liberals 27 seats and the Greens three.

Four ridings were too close to call.