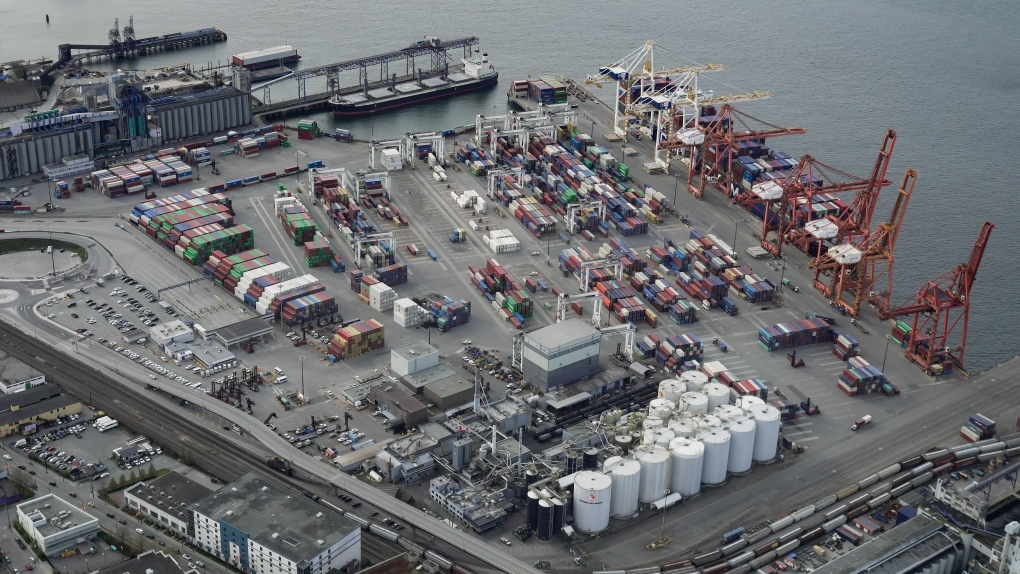 Cargo containers and ships at the Port of Vancouver are seen in an aerial view in Vancouver, on Saturday, April 9, 2022. THE CANADIAN PRESS/Darryl Dyck
VANCOUVER -

The United Truckers Association says its members have voted unanimously in favour of job action at the Port of Vancouver to protest a program that would force the phaseout of older trucks.

A statement from the association says its 639 members voted to support action that could “create shock waves across Canada's already fragile supply chain.”

A program aimed at banning older trucks from the port is set to start in September, but the association says the scheme will impose crippling costs on drivers.

The statement says the port will not discuss the phaseout of all trucks that are 20 years old or older, even though most commercially licensed trucks elsewhere in B.C. don't face similar measures.

Association spokesman Gagan Singh says members have agreed to hold talks with the port in July but will “move forward” with a shutdown in August if aging trucks are barred.

The port said last month that the program is aimed at improving air quality across Metro Vancouver and was supposed to start in February, but federal Transport Minister Omar Alghabra ordered more negotiations.

The statement from the association says Alghabra has been silent since then and the port has reintroduced the so-called Rolling Truck Age Program without any substantial changes.

“The minister is going to have to offer a different approach in the coming weeks,” Singh says.

More details about possible job action will be released later this month, the statement says.

This report by The Canadian Press was first published July 5, 2022.