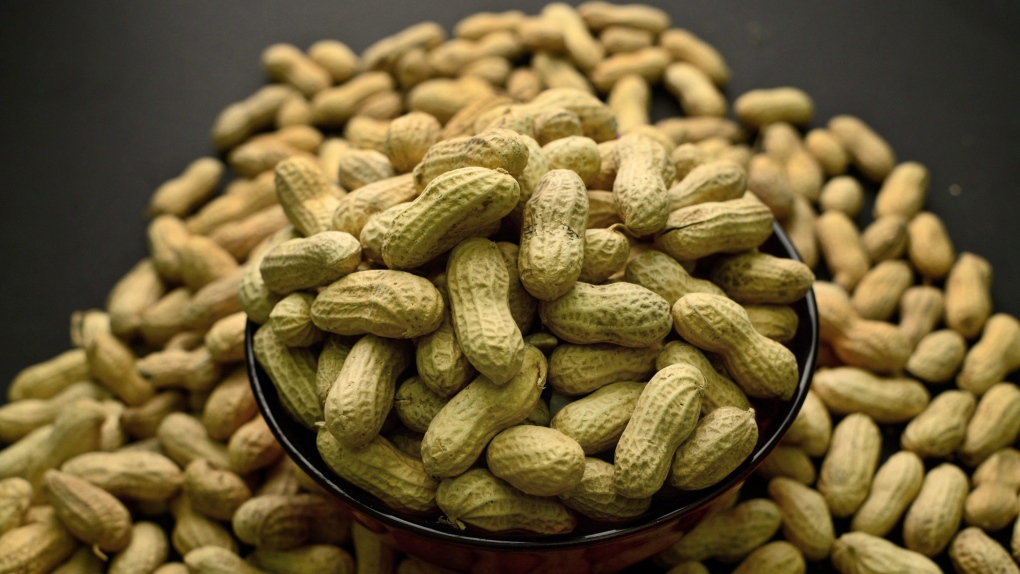 Research out of the University of British Columbia is giving more insight into a treatment designed to help young children overcome peanut allergies. (AP Photo/Patrick Sison)

Research out of the University of British Columbia is giving more insight into a treatment designed to help young children overcome peanut allergies.

In 2019, researchers demonstrated that a treatment called oral immunotherapy was successful in treating peanut allergies in preschool-aged children.

They now say the earlier the treatment is given, the better the outcome will be.

"This treatment is affordable, very safe and highly effective, particularly if we can get the treatment going before the infant is 12 months old," says the study's senior author Dr. Edmond Chan in a news release.

The study, published in the Journal of Allergy and Clinical Immunology: In Practice, focused on infants under 12 months old and revealed oral immunotherapy is safer and more effective for this age group than it is for toddlers and older pre-schoolers.

According to Chan, oral immunotherapy is "a treatment protocol in which a patient consumes small amounts of the allergenic food — in this case, peanut flour — with the dose gradually increased to a determined maximum amount."

The goal is to desensitize the child until they're able to consume a full serving of peanut protein without it triggering a dangerous reaction.

The research suggests that children must continue to eat peanut products on a regular basis long-term, in order to sustain their immunity.

Throughout the study, a group of children visited a pediatric allergist every two weeks to receive their peanut dose. Parents were also told to provide the same daily dose at home between clinic visits. After eight to 11 visits, researchers found the children had built up to a "maintenance dose" of 300 milligrams of peanut protein, which is the equivalent of about 1.3 grams of peanuts.

They found that 42 infants completed the build-up period, plus one year of maintenance dosing.

"At the end of it, none of them had more than a mild reaction to a 4,000-milligram dose of peanut protein, compared to 7.7 per cent of the children aged one to five who completed the protocol," the study says.

Seven infants dropped out of the study, with four experiencing reactions beyond mild. Researchers say none of the infants required epinephrine injections as a result.

The study also found during initial testing that only 33.9 per cent of infants had a reaction beyond mild, compared to 53.7 per cent of children aged one through five.

"Despite infants showing the best safety, we were still very satisfied with the safety of this treatment for older pre-schoolers. The risk of a severe reaction is much lower than it is for school-age kids," says Chan.

"Many of the interventions we use in medicine, such as medications or surgical procedures, carry a small amount of risk that is outweighed by the benefit. If this treatment is performed by well-trained allergists and clinicians then I'm really comfortable with the risk. It's actually very safe."

When it comes to long-term effectiveness, researchers say the treatment worked "equally well" for both age groups.

"After a year of one peanut per day, approximately 80 per cent of the children had developed a tolerance for 4,000 milligrams of peanut protein one sitting," the study says.

That's the equivalent of about 15 peanuts.

Chan suggests that parents introduce foods like peanut butter or peanut flour to children around six months of age, to help prevent peanut allergies when they get older.

The head of allergy and immunology in UBC's department of pediatrics at the BC Children's Hospital Research Institute, Chan has embraced oral immunotherapy in his own clinical practice.

His research will be used to inform future clinical practice guidelines, the study says.