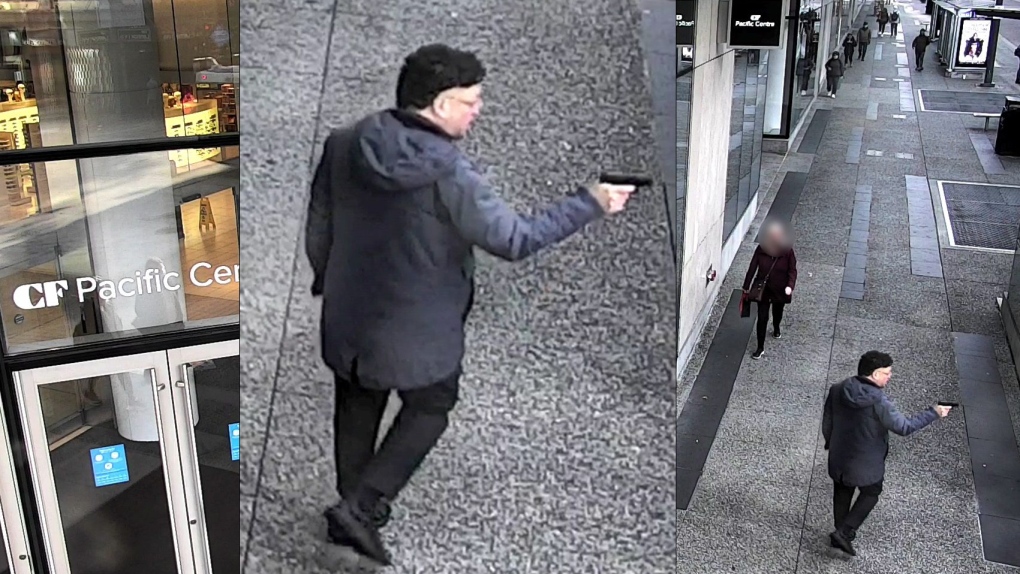 Police are hoping to identify a man they say appeared to be carrying a gun in downtown Vancouver on Oct. 19, 2021. (Vancouver police handout)
Vancouver -

Police in Vancouver are hoping witnesses will help them identify a man who was spotted with what appeared to be a gun downtown Tuesday.

In a news release Thursday, police said the man was seen on Granville Street near Pacific Centre Mall at about 10:15 a.m. two days prior.

"This is very concerning as we don’t know who this person is, if the gun was real or an imitation, and what the person was doing with the gun," Const. Tania Visintin said in a news release.

Police released surveillance video and images of the man. He can be seen pointing what appears to be a gun, which he then hides inside his jacket. The video shows him making cutting motions across his neck with his hand to someone off-camera.

He was later seen entering Nordstrom and walking through the mall.

Police said the suspect is white and about 50 years old. He's about 5'8" tall and weighs about 175 pounds. Police said he has short, black curly hair and a dark goatee. He was wearing glasses, a dark grey jacket, black pants and black shoes.