Suspect charged a year after stabbing at Surrey banquet hall 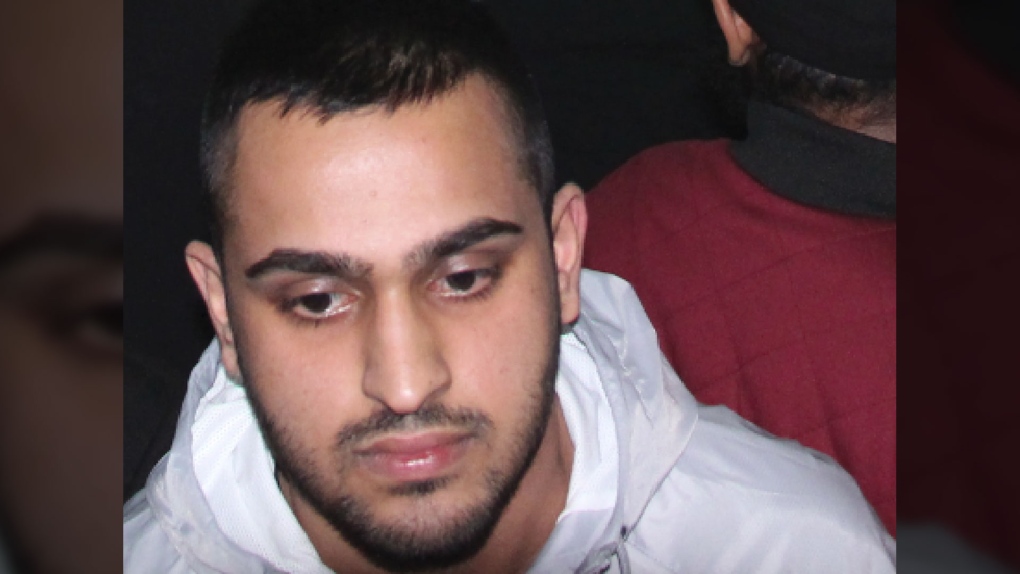 Karnvir Garcha is shown in a photo released by the RCMP in 2019.

VANCOUVER -- A man in his 20s has been charged more than a year after a stabbing at a Surrey, B.C., banquet hall.

The 22-year-old has been charged with aggravated assault, assault with a weapon and assault causing bodily harm.

The charges are tied to a Feb. 15, 2019, incident in Surrey's Newton neighbourhood.

A 20-year-old victim was treated in hospital for multiple stab wounds after the attack at Bollywood Banquet Halls and Convention Centre.

Some 500 people were gathered at the hall at the time for a performance by Sidhu Moosewala and Elly Magnat.

The concert was shut down as people rushed from the building.

Video posted on social media at the time showed a brawl had broken out inside.

Police said previously that a suspect had turned himself in a short time after the RCMP released a photo of a suspect wanted in connection with the incident.

The RCMP confirmed to CTV News Friday that the man in the photo is Garcha.