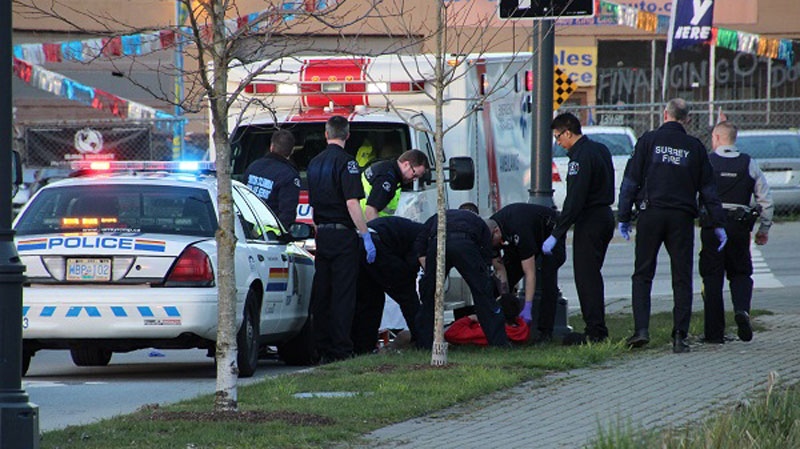 RCMP and paramedics respond to a shooting in Surrey near Gateway SkyTrain Station Sunday night. (CTV)

Surrey RCMP are investigating after a man was shot in both of his legs Sunday night, they said.

Responding to a call they received at around 6:40 p.m., Mounties said they found a man at the corner of King George Boulevard and University Drive suffering gunshot wounds to both of his legs.

The victim was rushed to Royal Columbian Hospital with non-life-threatening injuries, they said.

While early reports indicated three men were arrested at a nearby apartment complex following the incident, RCMP only confirmed that two persons of interest were taken into custody.

Mounties said it was too early to tell if the alleged shooting was gang-related.

No charges have been laid and an investigation into the incident is ongoing.