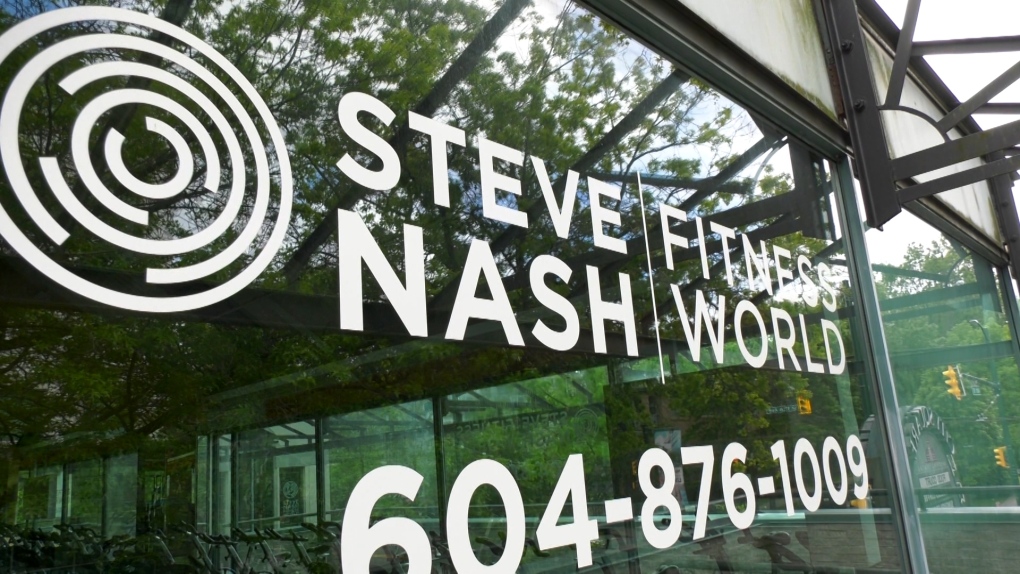 A Steve Nash gym, closed during the pandemic.

VANCOUVER -- Steve Nash Fitness World, acquired by a group of investors earlier this week, will be reopening some locations in July under a slightly different name: Fitness World.

The chain, which had more than two dozen locations across British Columbia, including Crunch Fitness and UFC GYMs, closed its doors in March because of the pandemic. It laid off nearly 1,300 employees, and by April, owed tens millions of dollars and had filed for creditor protection.

It was acquired in June by a new group of investors, but the CEO, Chris Smith, stayed on.

Fitness World says it will honour all existing service agreements with Steve Nash members, and those who have frozen their memberships because of the pandemic will be able to extend the freeze into July, if they aren't yet comfortable returning to the gym.

But it's unclear how many of the original locations will actually be reopening. In the release announcing the rebranding, Fitness World said it will be donating equipment from closed locations to "communities in need."

The company says more information will become available in the weeks to come.