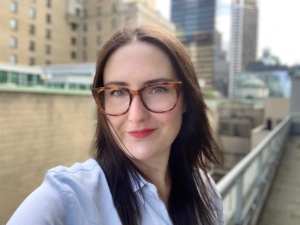 Associate News Producer, McLaughlin On Your Side