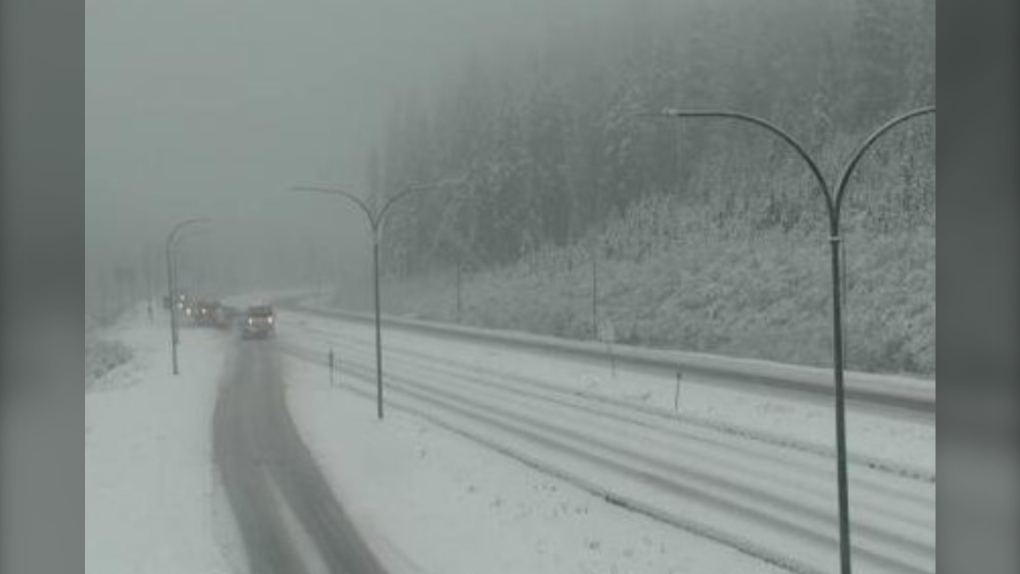 Drivers travelling between B.C.'s Lower Mainland and the Interior are being warned of snowfall on several mountain highways.

Weather warnings from Environment Canada say drivers taking the Coquihalla Highway can expect 15 to 20 centimetres to accumulate Thursday morning, especially between Hope and Merritt. Those taking the Okanagan Connector to Kelowna will also likely see that much snow.

"The snow is expected to change to rain near noon as snow levels rise. Total snow accumulations of 15 to 20 cm can be expected with the highest amounts near Pennask Summit."

But drivers taking Highway 3 instead of Highway 5 should also expect snowy conditions.

Those going from Hope to Princeton through Manning Park's Allison Pass could see five to 10 centimetres accumulate, a weather statement warns.

"A moist southwesterly flow will bring snow near Allison Pass this morning," Environment Canada's statement says. "The snow will be mainly near the pass and with rain persisting at lower elevations along the route. Rising freezing levels this morning will result in the snow changing to rain."

Drivers going between Hope and Manning Park could be hit with 50 millimetres of rain as that part of the Fraser Valley is under a rainfall warning.