'Safe to say it's been dead for a long time': Hawk found by B.C. kids was taxidermy, not in need of rescue 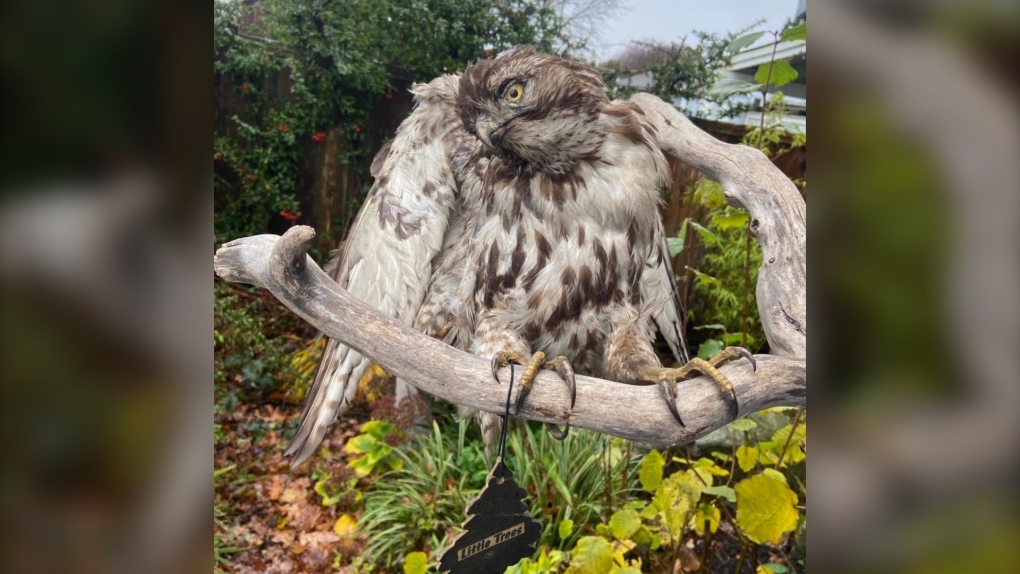 The OWL Orphaned Wildlife Rehabilitation Society took to social media to report that it received an unusual "rescue" call a few weeks ago that turned out to be a taxidermied bird.

Volunteers at a wildlife rehabilitation centre in Delta, B.C., are used to receiving calls about a variety of species, but nothing quite like this.

The OWL Orphaned Wildlife Rehabilitation Society took to social media to report that it received an unusual "rescue" call a few weeks ago that turned out to be a taxidermied bird.

"We got a call from a local school that the kids found a dead raptor clinging to a branch. Of course we send out a volunteer to gather the bird to find out more about what species, the cause of death and other points of interest," the post reads.

Martina Versteeg, a raptor care supervisor at the rehabilitation society tells CTV News Vancouver that the unusual discovery was made by students at an elementary school in Abbotsford, who reported it to their principal.

"The principal didn't want the kids poking or playing with it, so she called us," Versteeg says.

When a volunteer went to collect the bird, they found an old taxidermied juvenile red-tailed hawk mounted onto a branch, that was missing its tail and had an air freshener attached to it.

"(Our volunteer) reported back 'safe to say it's been dead for a long time' as it was taxidermied."

While the discovery was bizarre, the rehabilitation centre says the taxidermy hawk is now residing at their facility and may even join their museum as an artifact.

"Permits are required to taxidermy raptors, so we think someone must have had permits at some point for this bird," Versteeg says.

"It is unusual to think about where he came from, who had it and why exactly it was dumped in a bush as it was not in too poor of condition. But the mystery added a lighter tone to what we usually see when we are picking up injured wildlife."

Versteeg adds that the kids and principal did the right thing by calling for help.

"We pick up dead raptors to find out how they died and to share that knowledge with people to reduce our impact on wildlife in the future," she says. "If the (Ministry of Forests, Lands, Natural Resource Operations and Rural Development) doesn't have a plan for this specimen, we will add this bird to our education permit to teach people about raptors and environmental issues."

"(The ministry) sometimes may decide a certain specimen is better suited to another location or museum," Versteeg says.

"They also try to give deceased wildlife back to the local First Nations when appropriate, for ceremonial purposes."

'Bewildering': Experts dispute Chinese officials' claim that mail from Canada may have brought Omicron to Beijing

Chinese officials have alleged that Beijing's first case of the Omicron variant may have travelled to the city through a piece of mail from Canada, but experts tell CTVNews.ca that the claim doesn't add up.

Ontario’s chief medical officer of health is sounding a tone of optimism nearly two weeks after the province instituted a modified lockdown to slow the spread of the Omicron variant.