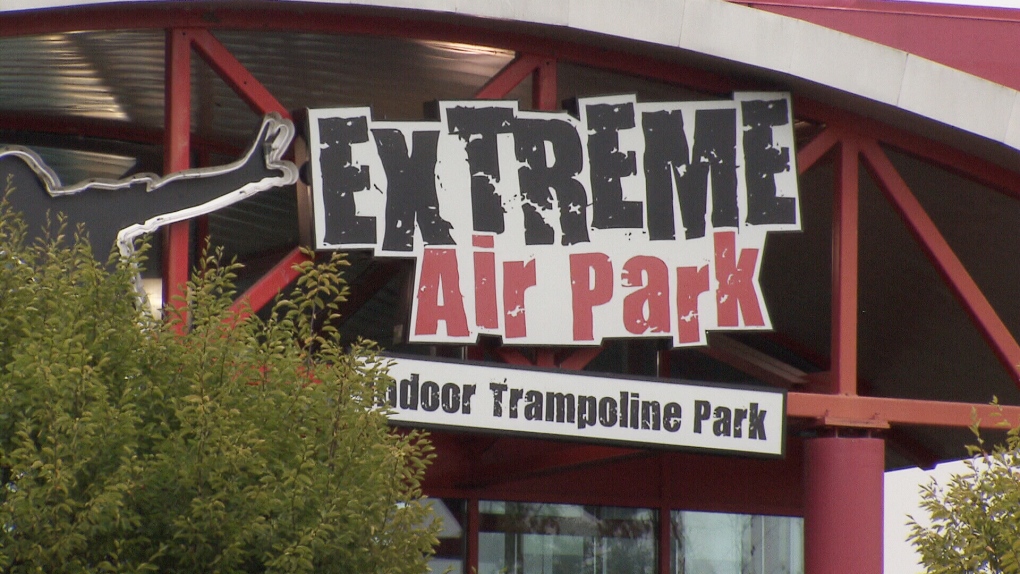 VANCOUVER - B.C.'s coroner has found that the 2018 death of a Victoria father at a Richmond trampoline park was accidental.

In January of last year, 46-year-old Jay Greenwood did a forward flip into a foam pit at Extreme Air Park. Something went wrong during the flip, causing Greenwood to die and leaving friends and family devastated.

According to the coroner's report, the incident was caught on surveillance video and home video, as Greenwood had asked for the jump to be recorded.

"When Mr. Greenwood did not surface from beneath the foam his family jumped in the pit and attempted to dig through the foam to locate him," the report says. "Several people were digging through and removing pieces of foam to try and find Mr. Greenwood. The scene was very chaotic with a dozen or more people in and out of the foam pit and people still playing nearby."

The report said witnesses who called 911 got conflicting information and that once emergency crews arrived, it took them 21 minutes to remove Greenwood from the pit.

Staff working that day also didn't have training in first aid or CPR, the report says.

"A more timely medical aid response with respiratory support may have prevent a fatal outcome," says the report. "There was no emergency response plan in place to deal with injured patrons and staff were not trained in first aid or CPR."

Ultimately the report found that Greenwood died of a hypoxic brain injury.

In July, Technical Safety BC pushed for regulations to be introduced at trampoline parks across the province. The agency conducted a review earlier this year after a resolution passed at the Union of BC Municipalities conference, asking the province to consider regulations after a spike in injuries and Greenwood's death.

While Technical Safety BC regulates things like amusement park rides, zip lines, and even bouncy castles, trampoline parks have remained unchecked. That means facilities are able to come up with their own protocols around things like staff training, signage, and the types of equipment that can be used.

At the time of the review, Extreme Air Park told CTV News Vancouver by email that it was encouraged by the report and supports regulations being introduced.