Review: Pretenders Get Real while Stevie Nicks Drags in Vancouver 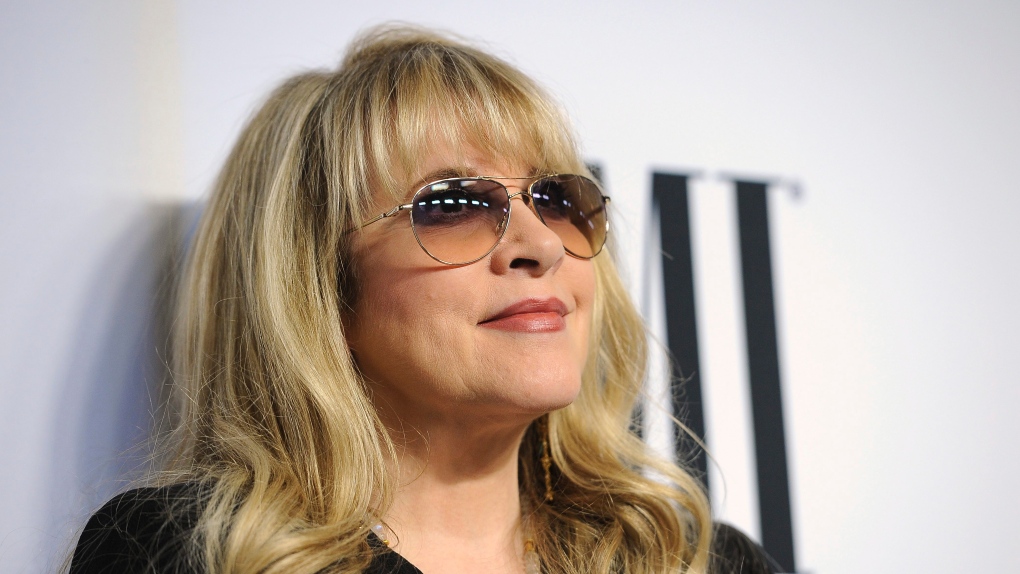 This photo shows Stevie Nicks, winner of the BMI Icon Award, at the 62nd Annual BMI Pop Awards in Beverly Hills, Calif on May 13, 2014. (Chris Pizzello/AP)

On paper, last night’s double-header of Stevie Nicks and Chrissie Hynde’s Pretenders at Vancouver’s Rogers Arena seemed like a match made in Queens of Rock heaven. The reality, as is often the case, proved different.

The party pooper, it turned out, was Stevie Nicks. Promising a new type of set, featuring not just hits but personal favourites she’d unearthed and rerecorded for her most recent “24 Karat Gold: Songs from the Vault” album, the issue wasn’t the choice of songs, but the way she went about her performance.

It all started so promising. Nicks was accompanied by Chrissie Hynde singing the Tom Petty parts for “Stop Draggin’ My Heart Around,” the Pretenders’ frontwoman unable to get all her words out after descending into giggles almost immediately. Hynde’s laughter was a rare moment of spontaneity. Instead Nicks chose to punctuate every song with a lengthy, egotistical and over-rehearsed anecdote about its creation. The music, when it eventually arrived, was well sung and polished; “Gypsy,” “Stand Back” and the timeless “Gold Dust Woman” all standing out. But by insisting on eating up endless minutes by trawling out irrelevant tales from her charmed life, what could have been a party often felt more like a series of history lectures.

“I’m not wasting your time, am I?” she asked audaciously midway through introducing her band, a process conducted in a musical vacuum sucking up time that should have been spent playing at least two songs. The Vancouver crowd, polite to a fault, mumbled “No,” but they were thinking otherwise.

It’s not that Stevie Nicks didn’t have an example of how it should be done. Two hours earlier Chrissie Hynde (still looking like she’d been poured into her jeans at 66) had stepped on stage, strapped on her Telecaster and ripped into a set effortlessly mixing high-octane recent tracks like “Alone” with new wave classics like “Message of Love,” “Private Life” and “Middle of the Road.”

There’s no substitute for authentic cool; a quality Hynde revealed in everything from how she wore her guitar to her ad-libs on sharing a stage with Stevie Nicks: “It’s like being on tour with Elizabeth Taylor.”

The songs were the stars. The chiming powerpop of “Back on the Chain Gang” (seriously, what a great song) was followed by ballsy ballad “I’ll Stand By You” and the dreamy Kinks cover “Stop Your Sobbing.” The delivery was relentless.  Resistance was futile.

“Have we got time from one more?” asked Hynde at the show’s end.

She didn’t wait for a reply, launching immediately into “Brass in Pocket,” a perfect finale to a great rock and roll set. No stories. No narcissism. All killer, no filler.