Revenue from filming of U.S. TV series 'Once Upon a Time' the crux of B.C. business dispute

Revenue from filming of U.S. TV series 'Once Upon a Time' the crux of B.C. business dispute 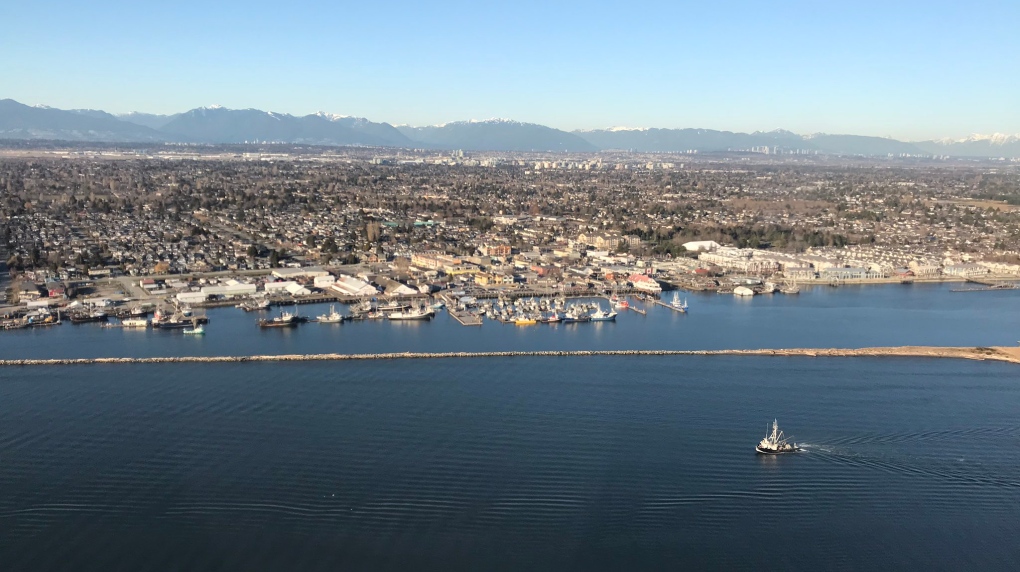 A recent B.C. Supreme Court case had Justice David A. Crerar invoking Rumpelstiltskin and the goose that laid the golden egg in his decision.

For six U.S. television seasons, a heritage building on Moncton Street in Richmond's Steveston village doubled as Mr. Gold's Pawn Shop – a business operated by the show's real-world version of Rumpelstiltskin – in the ABC series Once Upon a Time.

In exchange for use of the location, production company Stage 49 Ltd. made payments to both the building's owner – PD Riverside Ventures Inc. – and its two tenant businesses: The Fab Pad and It's Posh Accessories, Ltd.

The payments to the tenants stopped in 2016, however, because of a dispute between the landlord and the businesses in which Stage 49 didn't want to get involved.

That dispute ultimately led to the claim and counterclaim that Crerar decided on this week.

"When Rumpelstiltskin visited, he initially brought wealth, but eventually sowed discord," the judge writes in the opening line of his decision.

For the first two seasons of Once Upon a Time, in 2011 and 2012, the building was unoccupied outside of the filming period, according to Crerar's decision.

The landlord, which acquired the building in 2011, decided this arrangement wasn't good for the community of Steveston, the judge wrote. So, in 2013, the landlord began renting the front of the building to It's Posh owners Kimberley and Karl Sorenson and the rear of the building to Fab Pad operator Laura Elizabeth Stapleton.

Film revenues were not a part of the main lease agreement, but each tenant signed an addendum with the following three clauses, as quoted in the court documents:

Despite that third clause, the tenants dealt with Stage 49 directly for their business interruption compensation, according to the decision.

"(PD Riverside co-principal Dyona) Dallas was content to allow the tenants to deal directly with Stage 49, as she was at that time focussed on her ailing parents," Crerar's decision reads.

"Testimony and emails indicate that relations between landlord and tenants during the first lease term were cordial and civil. That was soon to change. Ms. Dallas’s renewed interest, from 2015 onwards, in asserting her contractual right to be the sole contact with the production company with respect to both film payments, and the tenants’ distress with and distrust of that change led to the breakdown in relations between the parties, and to the present litigation."

In June 2016, Dallas contacted Stage 49 to inform them that she would be the point of contact for both types of film payments. Around this time, according to Crerar, she was also asking the tenants for information about past sales and revenue and whether they were happy with previous years' business interruption payments.

"The tenants found these inquiries surprising and troubling, given the practice of the past three years, and given the individualized nature of quantifying business interruptions," the judge wrote. "They grew anxious that Ms. Dallas would somehow try to obtain a share of the business interruption fees, directly, or via a rent increase."

The tenants sought to continue their previous arrangement with Stage 49, but the company advised that it was bound by the terms of the lease addendum. The landlord and tenants would have to resolve their issues before payments could be made directly to the businesses as they had been previously.

Crerar's decision notes that the landlord and tenants were communicating primarily through their lawyers at this point, and that no such resolution was achieved.

"In the end, the parties, through their squabbles, killed the proverbial goose that lays the golden egg," the judge wrote. "When filming recommenced on July 13, Stage 49 simply erected a façade storefront for Mr Gold’s Pawn Shop in the lane beside the premises, depriving both sides of the filming revenue streams."

Both tenants terminated their leases early and vacated the premises at the end of October 2018, according to the decision.

The landlord sued them for breaching their leases, and the tenants filed a counterclaim for the business interruption payments they never received.

Ultimately, Crerar found the dispute to be a simple matter of contract interpretation. The lease addendum that each tenant signed was binding, and it clearly spelled out that the landlord would be the sole point of contact regarding film rights.

Though things didn't operate this way during the early years of the tenancies, Dallas always had the right to enforce the addendum, the judge wrote, though he noted that her decision to do so when she did may have been unwise.

"Both sides could have avoided this issue with more clear and timely communications and less visceral distrust and histrionics," Crerar wrote. "While the landlord was entitled to sit on its addendum rights in the (lease's) first term and assert them in the second term, it was foreseeable that its changed stance could spark the tenant reaction it did."

Crerar found in favour of the landlord in both the claim and the counterclaim, dismissing the tenants' bid for compensation and ordering them to pay the landlord base rent, common area expenses, default fees and interest for ending their tenancies early.