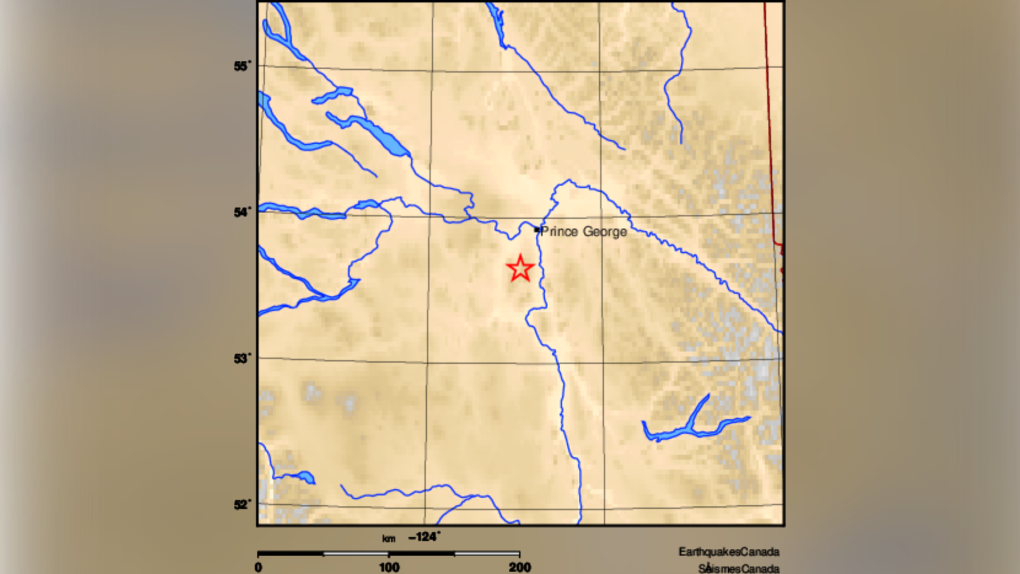 A minor earthquake struck near Prince George, B.C., on Wednesday, causing tremors that startled some residents.

Officials said the 3.4-magnitude earthquake was detected southwest of the northern city shortly after 3 p.m., at a depth of five kilometres.

"There are no reports of damage, and none would be expected," reads a summary of the geological event on the Earthquakes Canada website.

The shaking was still enough to cause alarm for some Prince George locals.

"Jumped from my desk in my office and went to the window," Grant Potter, faculty member at the University of Northern British Columbia, wrote on Twitter. "Thought something big had hit the building on campus."

Others reported feeling their homes shake briefly during the quake.

Felt like a truck ran into the elementary school I was in.

Emergency Info B.C. advises anyone who experiences an earthquake to drop, cover and hold until the event passes – keeping in mind there could be aftershocks.

After the event, officials recommend staying calm and moving carefully while checking for fallen objects, debris or broken glass.

The government asks that people report earthquakes online, and not call 911 unless there is an urgent safety issue that requires emergency help.

Today’s felt earthquake (M3.4) near #PrinceGeorge is a relatively rare event. https://t.co/OybMWkB0uS
During the past 30 years only ~25 #earthquakes have occurred within 100 km of this location. The largest known earthquake (M5.4) in this area was in 1986https://t.co/kYtWpRcekw pic.twitter.com/35WLXyIYmx