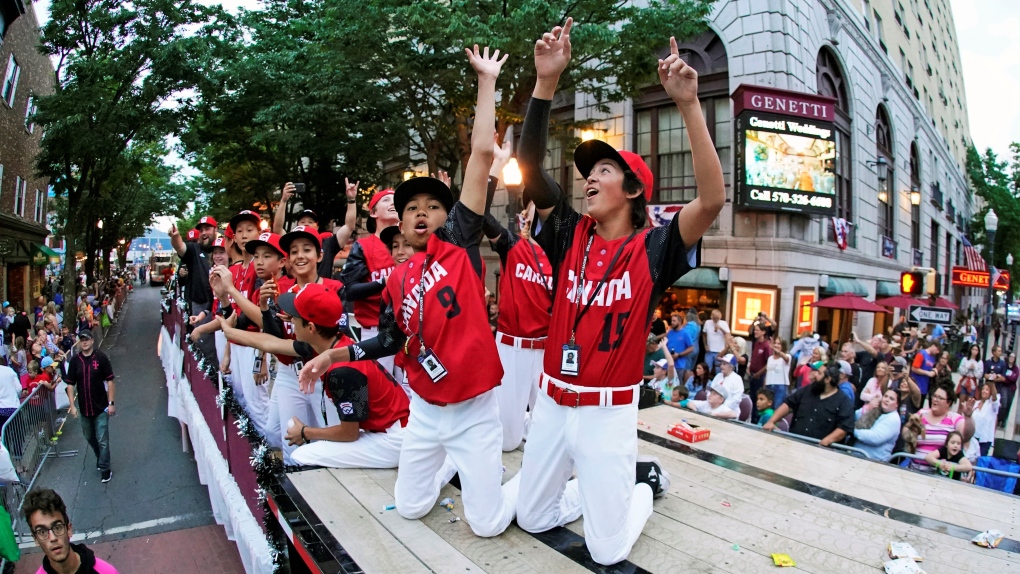 It started with a lengthy weather delay, but it turned out to be a g'day at Volunteer Stadium for Canada at the 75th Little League World Series.

Canada, coached by Brad Dorwart and Kevin Smith, scored one run in the second, added three more in the fourth, one in the fifth and two in the sixth. Australia had three errors while Canada had one.

Starter Benjamin Dartnell pitched 3 2/3 innings for Canada and only gave up two hits. Of the 66 pitches he threw, 43 were strikes.

The Little Mountain Little Leaguers advanced to the World Series by winning all eight of their games at the Canadian Region Championship.

Canada's next game is Friday against Japan.

This report by The Canadian Press was first published Aug. 17, 2022.