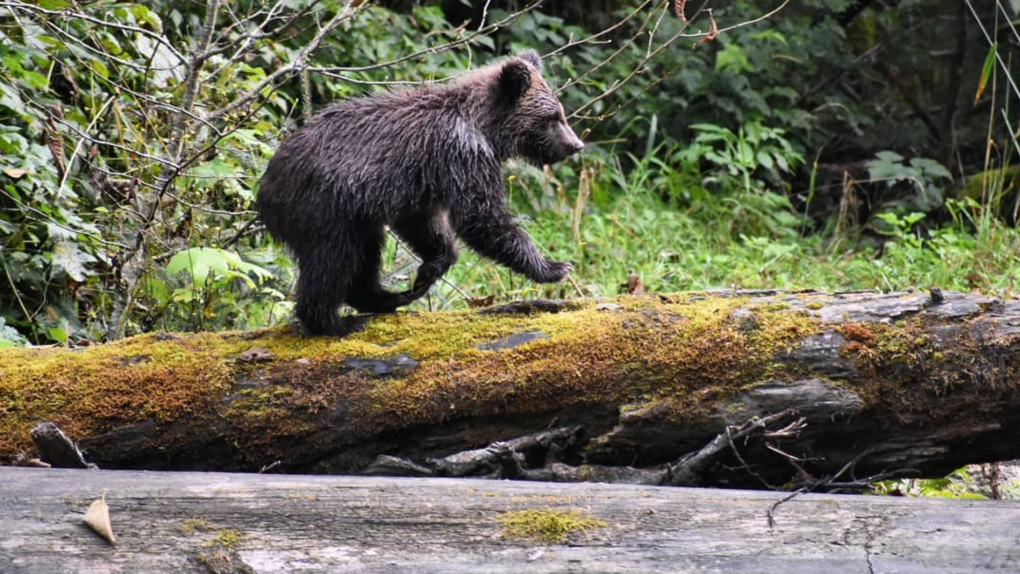 A photo from Heather Jack, submitted to the B.C. SPCA's Wildlife in Focus contest, shows a bear cub on a log in Toba Inlet, B.C., in 2019.

An annual contest asks photographers to submit their best photos of British Columbia wildlife, and the public to vote for their favourites.

The B.C. SPCA's "Wildlife in Focus" contest launched this week, and is on until July 26.

Photographers are asked to submit their top shots for a chance to be featured in a calendar and puzzle, both of which can be purchased through the society. They'll be asked to include their name and have the option to include their Instagram handle.

They're also asked for the location of the photo and a description.

Those who don't have a photo can take part by voting for their favourite, and by making a donation to the SPCA's Wild Animal Rehabilitation Centre. All proceeds will support local injured and orphaned wildlife, the SPCA said.

Just a day after the contest launched there were already hundreds of submissions awaiting votes.

The subjects of photos ranged from the "tiniest frog ever" to "a squirrel named Egg" – the photographer said she was heavily pregnant at the time – to bears in a variety of poses.

The following photos, all of which are part of the contest, are embedded from the photographers' Instagram accounts.

There is not enough evidence to open a formal church investigation into sexual assault allegations against Quebec Cardinal Marc Ouellet, Pope Francis said Thursday. The pontiff issued his statement through Matteo Bruni, director of the Holy See press office.

Turkey's leader and the UN chief met in Ukraine with President Volodymr Zelenskyy on Thursday in a high-powered bid to ratchet down a war raging for nearly six months. But little immediate progress was reported.