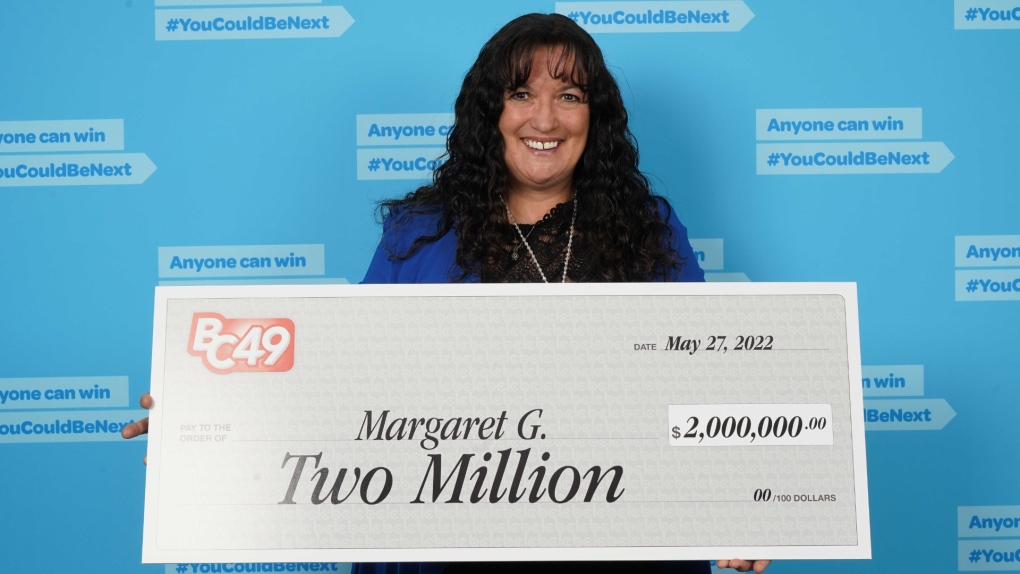 A woman from northern B.C.'s Nechako Lakes region is $2 million richer after a recent lottery win.

Margaret Gooding took home the top prize in the May 21 BC/49 draw by playing her own birthday and those of some family members.

“I’ve been playing those same numbers for 21 years,” Gooding told the BC Lottery Corporation in a news release issued Friday.

“Those birthdays are significant to something happy in my life, and to win with those numbers … it’s just another happy moment in my life.”

Gooding – who goes by her middle name, Adele – purchased her ticket at Sne Cal Yegh Gas Bar in Burns Lake while buying gasoline.

“You have to go inside to pay first," she told BCLC. "So while I was there, I decided to fill out my lottery slip."

She checked her numbers at home on Victoria Day and discovered that she had matched all six numbers in the draw.

"I jumped out of my seat, I was so excited," she said.

The odds of matching all six numbers in a BC/49 draw and taking home the top prize are one in nearly 14 million, according to BCLC.

Gooding, who lives in the small community of Southbank, said she plans to use her winnings to pay off her mortgage and take a "second honeymoon" in England with her husband. She also plans to share the prize with family.

BCLC says more than $11 million in BC/49 prizes have been awarded so far this year.