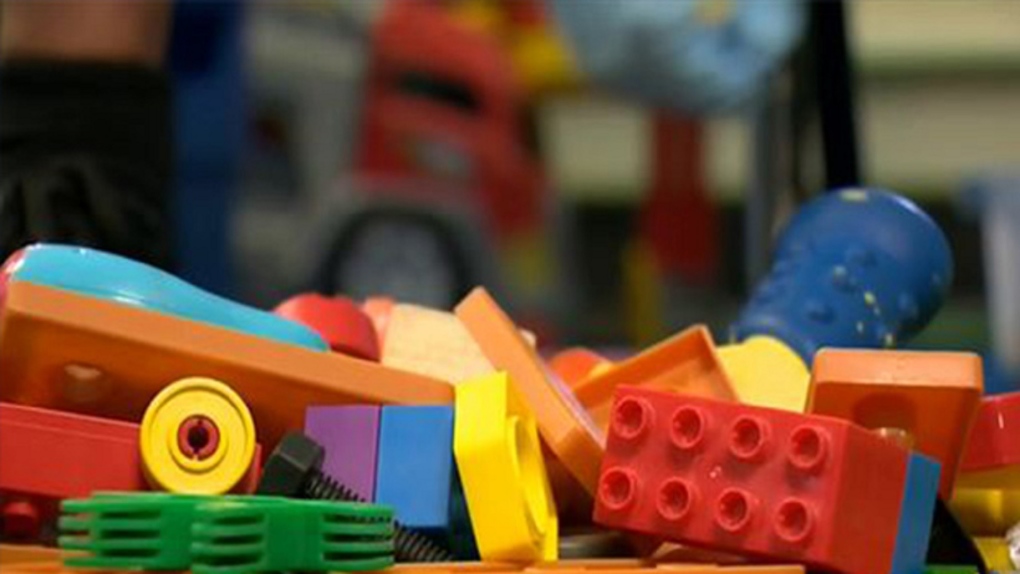 Toy building blocks are seen in this undated photo.

A B.C. man who claims his strata failed to enforce a noise bylaw after he complained about his upstairs neighbours' visiting grandchild running, playing and jumping has had his complaint dismissed by the province's Civil Resolution Tribunal.

Martin J. Donatelli wanted the strata to enforce a noise bylaw, fine his neighbours for future grandkid visits and pay him damages for “unnecessary stress and suffering,” according to a decision posted online Friday. He also wanted the strata to pay him a “punitive fine” for failing to enforce its bylaws previously. In total, he was seeking a financial penalty of $4,750.

Tribunal member Kate Campbell, when dismissing the complaint, found that it would be "absurd" to interpret the noise bylaw literally.

The tribunal's decision quotes the bylaw that was at the centre of the dispute.

"Running, playing, jumping and other activities likely to disturb other residents is not permitted in strata lots, hallways, or stairwells," it states.

Donatelli argued that the strata had not properly interpreted the bylaw, which he claimed clearly "strictly prohibited" the listed activities.

"He says children may visit as long as they do not run, play, or jump," according to the decision.

The strata, for its part, argued that the bylaw is meant to be interpreted "broadly" and that it prohibits activity that constitutes a nuisance, which is defined as "a substantial, non-trivial, and unreasonable interference with use and enjoyment of property."

Ultimately, Campbell agreed, pointing to the problems that would be posed if Donatelli's interpretation of the bylaw was enforced.

"On its face, the wording of the bylaw prohibits all forms of 'playing' in strata lots. This would mean that strata residents could not play card games, video games, or board games, or engage in any other form of play in their homes," Campbell writes, adding a literal interpretation would effectively ban children from visiting – something explicitly permitted in a separate bylaw.

The tribunal found that there was not sufficient evidence to support Donatelli's claim that the noise constituted a nuisance, and therefore there would not have been cause to impose fines.

Further, Campbell found that the strata's response to the complaints – which included a warning letter to the upstairs neighbours and an offer to hire someone to measure the noise levels – was reasonable and met its duty.

WHO emergency declaration call based on virus spread and variants, Dr. Bogoch explains

The World Health Organization (WHO) is set to decide Friday, whether the COVID-19 pandemic still qualifies for an international emergency declaration title— a decision that will involve factoring in how the virus and its variants are impacting countries around the world, says an infectious disease expert.

More than 80 Toronto police officers are expected to be in and around Toronto Transit Commission locations to reduce victimization, prevent crimes of opportunity and enhance public safety.

Authorities on Friday were set to release police video depicting five Memphis officers beating a Black man whose death prompted murder charges against them and provoked outrage at the country's latest instance of police brutality. Family members of Tyre Nichols pleaded for any protests to remain peaceful.