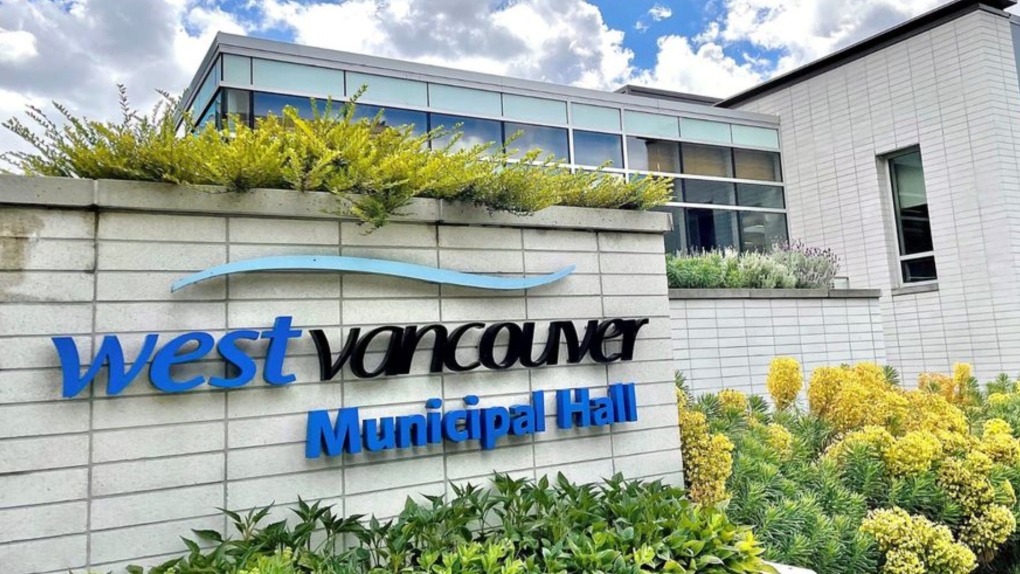 This undated photo from the Facebook page of the District of West Vancouver shows the municipal hall. (Credit: Facebook/WestVanDistrict)

West Vancouver's mayor has lost his bid to have a misconduct citation from the province's Law Society published anonymously, with a tribunal rejecting his argument that his recent election constituted an "exceptional circumstance."

The citation was issued Sept. 29, alleging Mark Sager committed five separate acts of professional misconduct related to his handling of a will between 2010 and 2020. Among the allegations is that Sager improperly withdrew funds from the estate, failed to keep proper records, and did not ensure the client got independent legal advice before naming him as a beneficiary.

None of the allegations have been proven and Sager denies them.

"The allegations it contains are inaccurate and unfair, and I look forward to proving that to the Law Society at my hearing," he writes in an email to CTV News.

"I was elected to serve my community, and I am going to focus my attention on the duties and responsibilities I have been given."

The citation was posted online Thursday, along with a Dec. 1 decision from the tribunal denying Sager's application to have the citation anonymized.

All citations issued by the Law Society's disciplinary tribunal are required to be posted online, and to identify the lawyer facing misconduct allegations. However, there is a provision that allows for a lawyer facing discipline to bring an application to have the documents anonymized in "extraordinary circumstances that outweigh the public interest in the publication of the citation," the decision on Sager's application notes.

And Sager sought to do just that.

His application argued two circumstances ought to be considered: "impaired municipal operations" and "reputational damage and mental health challenges."

The tribunal's decision summarizes Sager's argument that publishing his name would impede his ability to do his job as mayor and have negative consequences for the District of West Vancouver.

The "stigma" of the citation, he told the tribunal, may impact his ability to secure spots on Metro Vancouver committees which could, he said lead to "significant and longstanding public harm to the residents of his community.”

In addition, he said there would be a potential impact on the dynamics at city hall, where staff members who participated in the disciplinary investigation would be placed in a "difficult position" by having to report directly to Sager.

Lastly, he argues that any media attention arising from the citation's publication would cause "a significant distraction from his responsibilities as Mayor during a key time in his term."

He also argued that, as mayor, the "reputational damage" that he would face " is much more serious than it would be for a typical lawyer facing a citation," the decision says. Further, that damage would also tarnish the reputation of the community he was elected to represent.

Arguing against Sager's application for anonymity, the Law Society pointed to two instances of prior, similar misconduct from the lawyer that resulted in a $20,000 fine.

In one, Sager prepared a will for a client in which he received a "testamentary gift." In the other, he accepted $75,000 from that client without making sure independent legal advice was sought and provided.

These published, substantiated allegations of misconduct, the society said, are available to anyone who searches them out. Therefore, the stigma and consequences attached to professional misconduct is something Sager would not be able to prevent or avoid.

"The Law Society further submits that the respondent was aware of his prior professional misconduct along with the Citation prior to being elected and put the residents of the District in this position," according to the documents.

"If there is any reputational risk or risk to the constituents of the District, it already exists from the proven misconduct findings," the decision said.

In its decision, the tribunal specifically rejected the argument that Sager's role as a municipal mayor was an extraordinary circumstance.

"I reject the proposition that the respondent’s newly elected role as mayor makes him more deserving of anonymity or somehow puts him in a different category than the average lawyer," it said.

"Lawyers, by profession, have a public profile and many take on positions that are in the public eye. The Law Society cannot be seen as creating different categories of transparency – especially those that may hold public or high-profile office."

The tribunal also found that, in the absence of medical documentation, Sager had not proven that he was experiencing mental health challenges.

A date for the hearing has not been set.

Two pilots are safe after a large air tanker owned by a Vancouver Island company crashed while battling wildfires in western Australia on Monday.