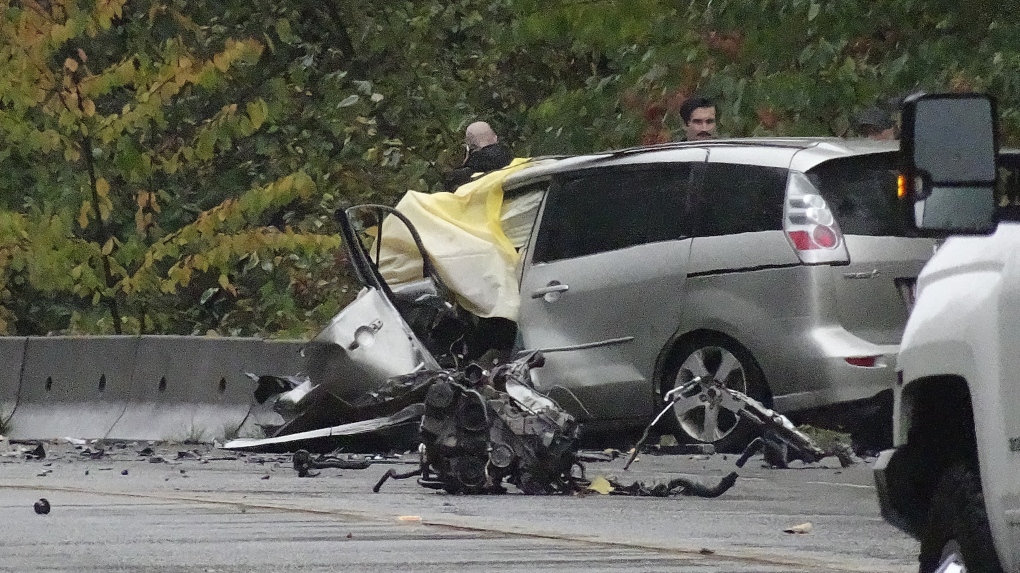 One person died in a crash in Maple Ridge Wednesday that blocked traffic on a busy commuter route for hours.

The Ridge Meadows RCMP said two vehicles collided on the Haney Bypass, and one person died at the scene. No identifying details about that person have been given, including which of the vehicles they'd been in.

As of Wednesday afternoon, the investigation was ongoing and nothing had been ruled out as a cause or factor.

The crash on Haney Bypass was between Burnett and 227th streets.

Mounties warned that traffic on that stretch of the bypass would be impacted for hours as its investigators worked at the scene, and drivers were told to take other routes.

The scene indicated there may have been a head-on collision, though that detail has also not been confirmed.

A minivan that came to a stop near a barrier along the roadside was severely damaged, especially at the front driver's side. It appeared the airbags had been deployed, and the driver's door was mangled.

Also at the scene was a semi truck with front-end damage, stopped on the other side of the road facing the other direction.