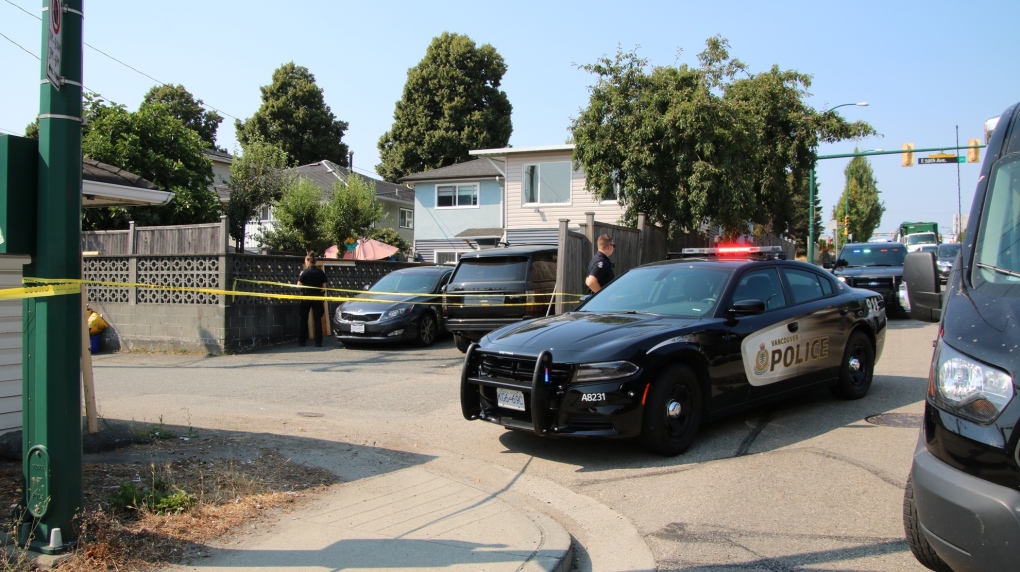 A heavy police presence is seen in the area of East 59th Avenue and Knight Street following a shooting on Aug. 2, 2021.
Vancouver -

Police are investigating a shooting in South Vancouver that left a man hospitalized on Monday afternoon.

Officers found the victim after being called to the area of East 59th Avenue and Knight Street shortly after 3 p.m.

Const. Tania Visintin told CTV News the investigation is still in its early stages, and that no arrests have been made. She said the victim is expected to survive.

"He was taken to hospital for non-life threatening injuries," Visintin said in an email.

Firefighters, paramedics and members of the Vancouver Police Department's Gang Crime Unit were all seen in the area after the shooting.

How realistic are campaign promises around electric vehicles?

The Liberals, NDP and Conservatives all have platforms that call for a shift to electric vehicles in the next 15 years, but it’s going to take a massive shift in consumer buying and ramped up investment in charging stations to make that possible, experts say.