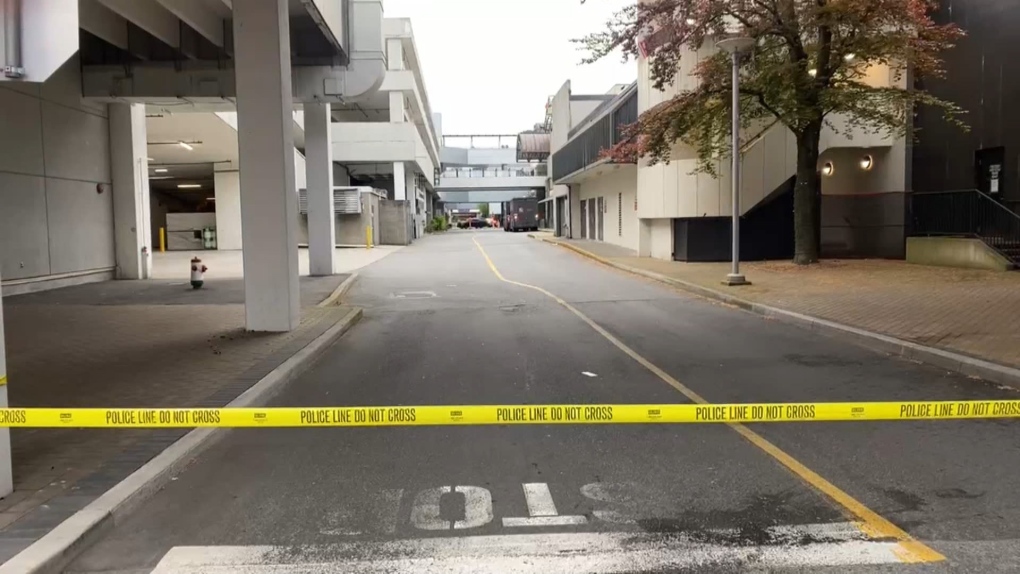 Police in West Vancouver say they have arrested a 52-year-old man allegedly responsible for an incident that caused the partial evacuation of Park Royal mall Wednesday evening. (CTV)

Police in West Vancouver say they have arrested a 52-year-old man allegedly responsible for an incident that caused the partial evacuation of Park Royal mall Wednesday evening.

Shortly after 5 p.m., the West Vancouver Police Department said on Twitter that Park Royal South was being evacuated "due to a suspicious package." Police later clarified that the package was a backpack.

According to a news release issued Thursday, a man had presented a note to staff at a CIBC branch in the mall demanding cash and threatening to detonate an explosive device.

The man was arrested as soon as he exited the bank, police said, adding that the RCMP Explosive Disposal Unit was called to the scene and determined there were no explosives present.

Police said Glen Edwin Brown, a 52-year-old man with no fixed address, has been charged with one count of robbery and has since been released on conditions.

"West Vancouver police would like to thank the public and staff at Park Royal Mall who were displaced for several hours while this offence was being investigated," the department said in its release.