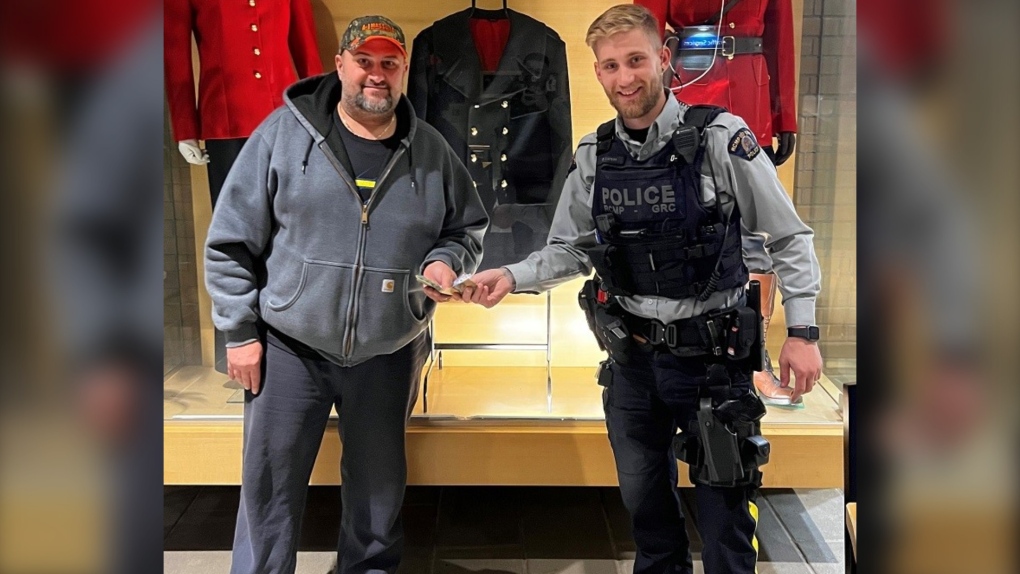 A large sum of cash lost at IKEA in Coquitlam in September has been returned to its rightful owner, thanks to the efforts of a staff member, a radio station and the local RCMP detachment.

Pantelis Sarris lost the cash on Sept. 11, but was reunited with it last week, after Coquitlam RCMP made a public appeal for the owner of the money to come forward.

According to a news release from the detachment, Sarris was furniture shopping for his daughter when the "bundle of cash" fell out of his pocket.

Someone found the money in the 350,000-square-foot store, and an IKEA employee turned it over to the police.

After losing the money, Sarris shared the story with the "Weekend Regret" segment on local radio station JackFM, but it wasn't until Mounties issued their appeal for the owner of the cash that "the connection was made," police said.

"This is the outcome that we hoped for and are very pleased to see," said Cpl. Alexa Hodgins in the release.

"It’s really nice to see how the community came together to reunite Pantelis with his lost cash. Without the genuine integrity of the finder turning the money over to the police, this ending would not be possible."

Sarris had the money returned to him on Nov. 18 after proving ownership by telling police the denominations of bills that had been found and how they were stored.

"Coquitlam RCMP would like to remind the public to report lost large sums of money to the Police to increase the chances of having the money returned," police said in their initial appeal last week.

A gay man is taking the federal government to court, challenging the constitutionality of a policy restricting gay and bisexual men from donating to sperm banks in Canada, CTV News has learned.

The organization regulating medical care and services in Manitoba is apologizing for racism directed towards Indigenous people when accessing health care in the province.

Australia is removing monarchy from its bank notes

Australia is removing the monarchy from its bank notes. The nation's new $5 bill will feature an Indigenous design rather than an image of King Charles III. But the king is still expected to appear on coins that currently bear the image of the late Queen Elizabeth II.

The bizarre history of Groundhog Day

It's about as strange (and cute) as holidays get. So how did Groundhog Day go from a kooky local tradition to an annual celebration even those of us who don't worry about winter can find the fun in?