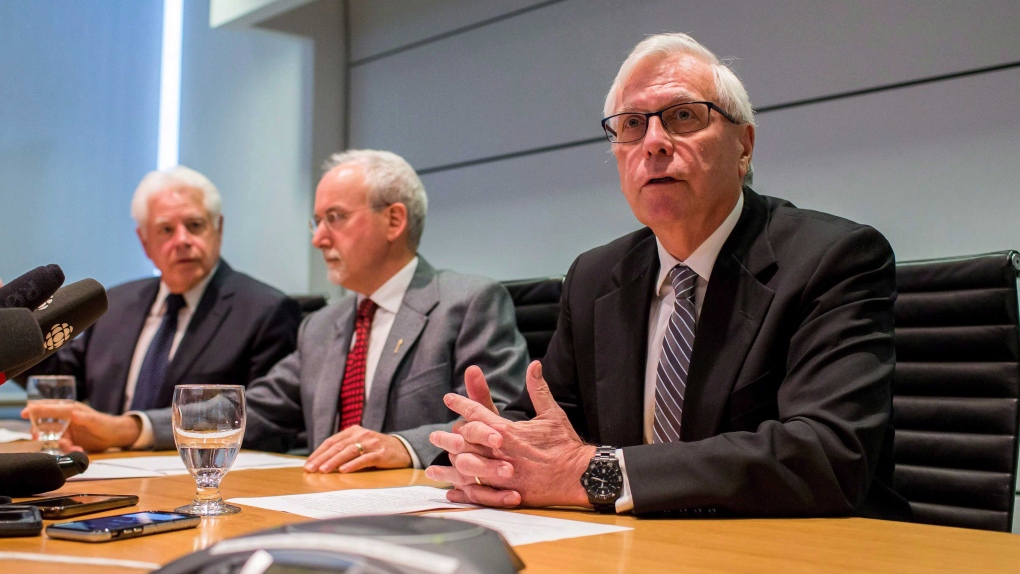 The former clerk of the B.C. legislature has pleaded not guilty to five charges including breach of trust and fraud, just as a judge tossed out one of the accusations against him.

A spokesman for the Crown prosecutor's office says Craig James appeared in B.C. Supreme Court in Victoria on Thursday to enter the plea.

The charges came after an RCMP investigation into spending by senior staff on personal expenses at the provincial legislature.

James had originally been charged with six counts, but in a ruling posted online Associate Chief Justice Heather Holmes quashed the first breach of trust charge for several reasons, including that it duplicated other charges and could prejudice the trial process.

Lawyers for James argued at a hearing in May that the first count alleging the breach in connection with his duties was a duplicate charge and would only confuse the jury at trial.

However, the prosecution service said in an emailed statement that James has now elected a trial by judge alone on three charges of breach of trust and two counts of fraud, with the trial expected to begin in Vancouver in January.

This report by The Canadian Press was first published July 23, 2021.

With just two days until election day, the Conservative Party won't say whether they will require any candidates elected to be members of Parliament to be vaccinated before heading to sit in the House of Commons, in contrast to the positions of the Liberals, NDP, and Bloc Quebecois.

Tight race between the Liberals and Conservatives, Nanos tracking shows

There will be no let up in campaigning today as the main party leaders count down the remaining hours and minutes to Monday's federal election. The latest polling suggests Trudeau's Liberals and O'Toole's Tories are in a virtual dead heat.

A campaign that started with anger over Justin Trudeau's decision to call an election in the midst of the COVID-19 pandemic is ending amid anger over conservative premiers' handling of the health crisis.

Ontario is reporting more than 800 new COVID-19 cases as well as 10 additional deaths.

The federal Liberals say a candidate in downtown Toronto will no longer run under their banner after it came to light that he had previously faced a sexual assault charge that was later dropped.

Afghan survivors of U.S. drone strike: Sorry 'is not enough'

Sorry is not enough for the Afghan survivors of an errant U.S. drone strike that killed 10 members of their family, including seven children.