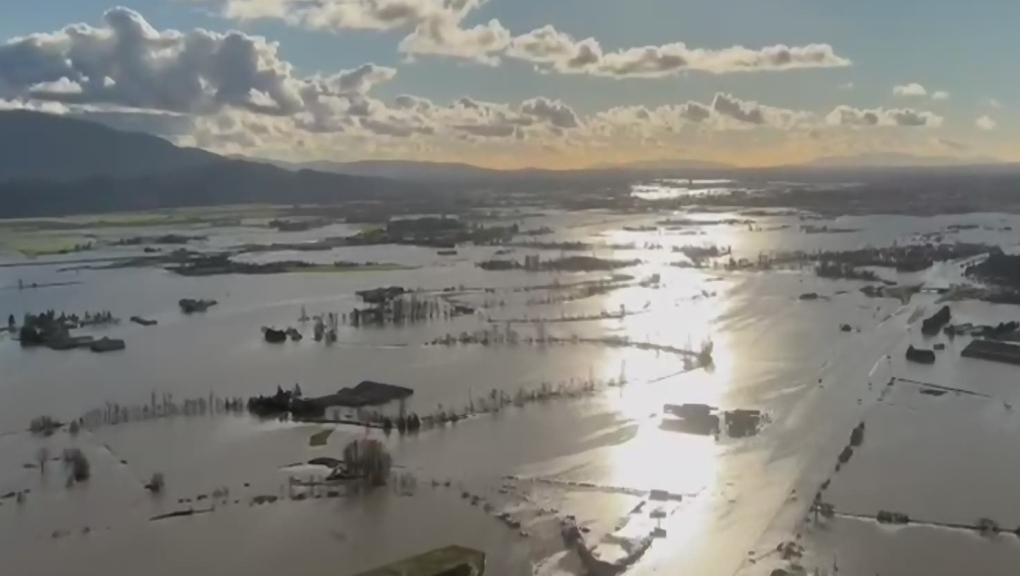 Boaters who are volunteering to help retrieve items in and out of flood-stricken areas of the Fraser Valley are being asked to watch their speed.

B.C.’s Minister of Agriculture Lana Popham said while the work volunteers are doing is appreciated, they need to be mindful when boating through floodwaters.

“They’re hauling items back and forth, they’re allowing farmers to get into areas that are cut off,” said Popham, during a news conference Monday.

“But the wake from those speed boats is affecting the farms that they’re passing.”

Popham said a transformer at one poultry farm in the region is being impacted by the waves every time a boat goes by.

She adds that because transformers are already compromised, losing one could take down another few barns that still have power.

“We really appreciate your help but if you could just keep the boat speeds down,” said Popham.

The intense floods caused by an “atmospheric river” system have had a profound impact on the agriculture sector, killing thousands of farm animals across the province.

“This is really difficult times. A lot of young folks are involved in agriculture out in the valley and they’re feeling the pain right now. It’s a very emotional time,” said Popham.