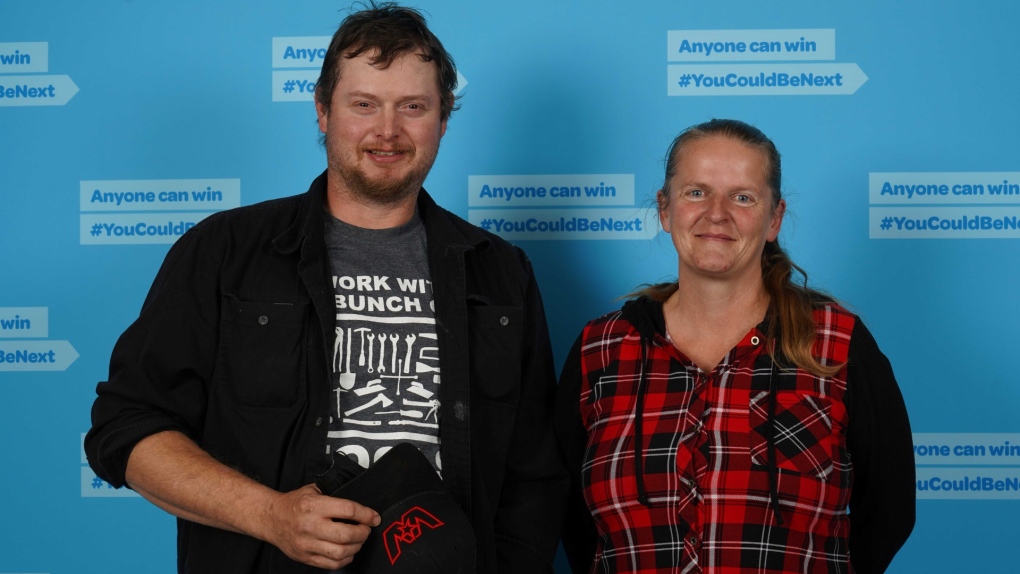 B.C. lottery winners Carmen and Clinton Crossman are seen in a photo provided by BCLC.
Vancouver -

Carmen and Clinton Crossman bought their Set for Life scratch ticket from a gas station in Quesnel. Carmen scratched the ticket in her car.

"I didn't realize it was real at first," she said in a news release. "I kept looking it up and down and started shaking."

"She phoned me hysterical," he said. "It took me a while to believe it … I was flabbergasted! It still really hasn't sunk in."

The pair plans to put some of the prize money towards buying their first home and to plan for an early retirement. The median price for a house in Quesnel, which is south of Prince George, is under $350,000, with many homes currently listed around that price with five bedrooms.

"It is life-changing," Clinton said. "I don’t even know if there is a word for that but it’s a good feeling."

So far this year, more than $10 million in prizes has been redeemed from Set for Life tickets in B.C.