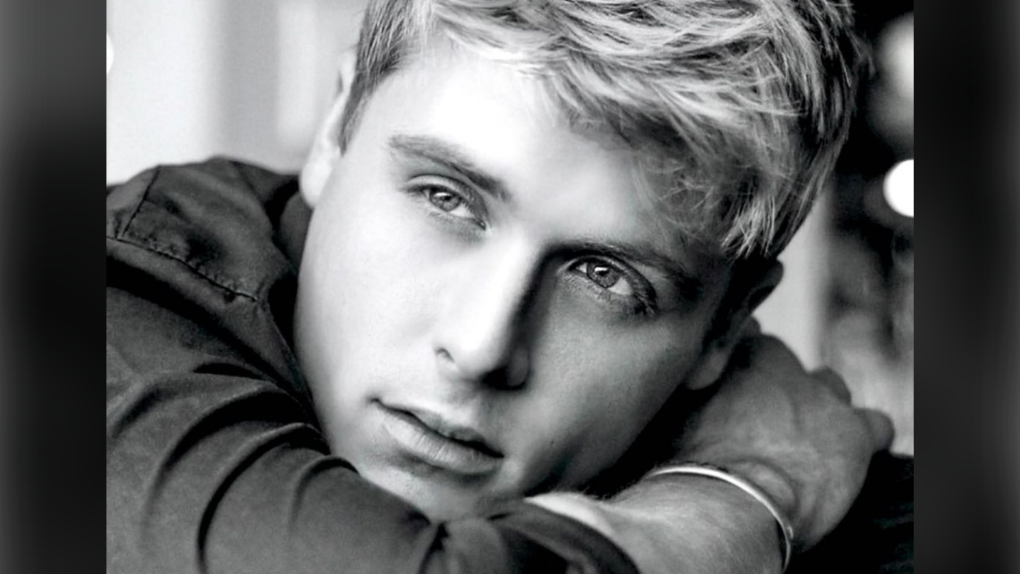 Houston Stevenson is seen in a photo posted by Ronnie Negus from 'The Real Housewives of Vancouver' on Instagram.

A Canadian actor is being remembered by his reality-TV-star mother as "the most beautiful human" in a post that confirms the young man's death.

Ronnie Negus, known to viewers for her role on "The Real Housewives of Vancouver," posted on social media Wednesday about her son, Houston Stevenson.

No details have been provided about his death, including whether he was in the Vancouver area at the time.

The B.C. Coroners Service confirmed to CTV News that it had been notified of the death and is investigating.

Like his mother, the 27-year-old has been on the silver screen, with roles in TV series including "Arrow" and "iZombie," according to IMDB.

His filmography on the site says he's also had roles in TV movies including one of the "Garage Sale Mysteries" films, which are shot in B.C.

In the emotional Instagram post, Negus wrote that he was her best friend and the "true love of her life."

"I am decimated, my child. How will I ever live without you?" Negus wrote.

"Our lives will never be the same. The world lost the most beautiful human that has ever walked the face of this earth… Dear Lord, what has happened?"

Other loved ones have also posted about Stevenson's death, or shared their sympathies with the family online.

Thinly stretched rescue teams worked through the night in Turkiye and Syria, pulling more bodies from the rubble of thousands of buildings toppled by a catastrophic earthquake. The death toll rose Wednesday to more than 9,500, making the quake the deadliest in more than a decade.

Federal Health Minister Jean-Yves Duclos will ask the provinces today whether or not they intend to accept the new health-care funding deal tabled by the prime minister.

LeBron James is the NBA's new career scoring leader. With a stepback jump shot with 10.9 seconds left in the third quarter against the Oklahoma City Thunder on Tuesday night, James pushed his career total to 38,388 points on Tuesday night and broke the record that Kareem Abdul-Jabbar held for nearly four decades.