How much is a private island in Howe Sound worth? B.C. assessment appeal board weighs in

How much is a private island in Howe Sound worth? B.C. assessment appeal board weighs in 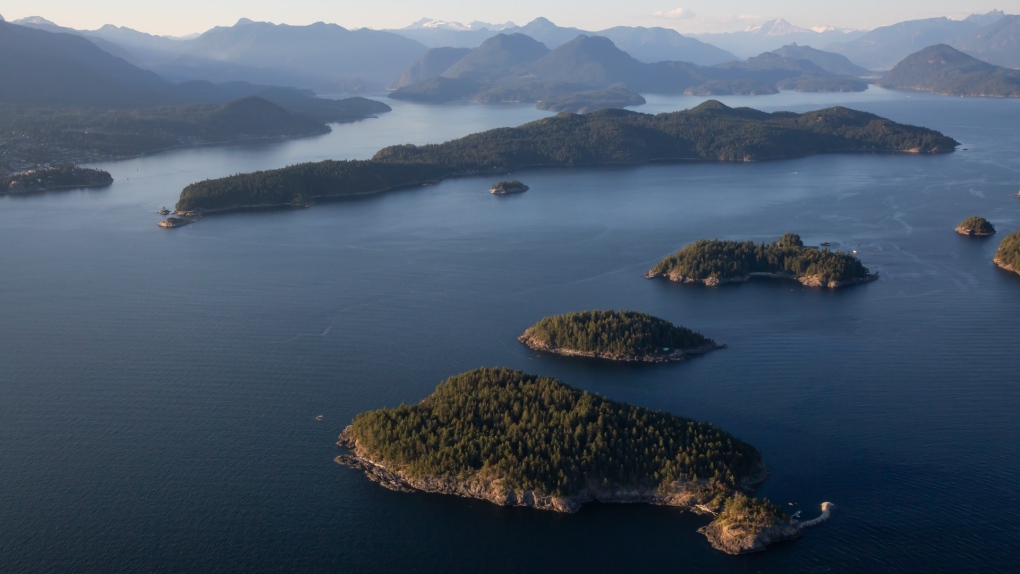 An aerial view of Howe Sound, with Popham Island in the foreground at the bottom, is seen in this undated file photo. (Shutterstock.com)

The corporate owner of a private island near Vancouver has successfully appealed the assessed value of the property.

North Growth Management, Ltd., appealed the 2021 assessment of Popham Island, a roughly 45-acre island in the mouth of Howe Sound, located approximately five kilometres south of Gibsons, B.C., on the Sunshine Coast, and 20 kilometres from Horseshoe Bay in West Vancouver.

The island was assessed at $4,464,000 in 2021, but the company argued before the Property Assessment Appeal Board that this figure was more than double the island's actual value.

PAAB panel chair Allan Beatty did not accept the company's proposed $2,134,000 assessment for the island, but he did reduce the assessed value in his decision on the case, which was issued last week.

According to Beatty's decision, North Growth reached its estimate for the value of the property by looking at seven sales of private islands in B.C. dating back to January 2014.

The company used these sale values to estimate a price-per-acre for each one, then selected an actual value of about $51,000 per acre for its property.

"It is not clear in the appellant’s submission how this figure was calculated," Beatty wrote in his decision.

The board chair noted that the company neglected to make any adjustments to the sale prices of the comparable properties it had identified, arguing that such adjustments were not necessary.

"According to the appellant, the moderation in overall prices paid for larger private islands is due in part to the increased cost associated with owning this type of property, including costs for building materials, rising fuel prices and costs associated with water access," Beatty wrote.

"More recently, the appellant says that the introduction of the vacancy tax and additional school tax on high-value properties also contributes to a generally lower demand and stable to declining prices for private island property."

For its part, the assessor for Area 8 – Vancouver Sea to Sky Region argued that adjustments to the prices of comparable sales were necessary.

After accounting for time since the most recent sale and various other factors related to comparable islands' locations and characteristics, the assessor concluded that the actual value of Popham Island should be in the vicinity of $120,000 per acre.

Beatty was also unsatisfied with the assessor's calculations. While he concluded that a time adjustment was necessary, he determined that the assessor's was too high.

The board chair found all of the parties' other arguments to be lacking substantive data.

"Both parties rely on qualitative approaches to reconcile the data except for the time adjustment, which I have already ruled on," Beatty wrote.

"I find it notable that both parties are critical of each other but do not provide me with market-supported evidence or analysis to choose one party’s evidence over the other."

Ultimately, based on his own calculation of the appropriate time adjustment for comparable sales, Beatty settled on a price-per-acre of $80,000, resulting in a revised assessment of $3.6 million for the island.

Indonesian police said they were investigating over a dozen officers responsible for firing tear gas that set off a crush that killed 125 people at a soccer match, as families and friends grieved Monday for the victims that included 17 children.

Nobel win for Swede who unlocked secrets of Neanderthal DNA

Swedish scientist Svante Paabo won the Nobel Prize in medicine Monday for his discoveries on human evolution that provided key insights into our immune system and what makes us unique compared with our extinct cousins, the award's panel said.

Hurricane Orlene is poised to strike Mexico Monday, bringing heavy rain and the potential for severe flooding to popular resort areas along the west coast.

An alliance of sex worker rights groups is in Ontario Superior Court today asking for several sections of the Criminal Code to be deemed unconstitutional.