Here's why B.C. conservation officers say you should put your Halloween pumpkin out for 1 night only 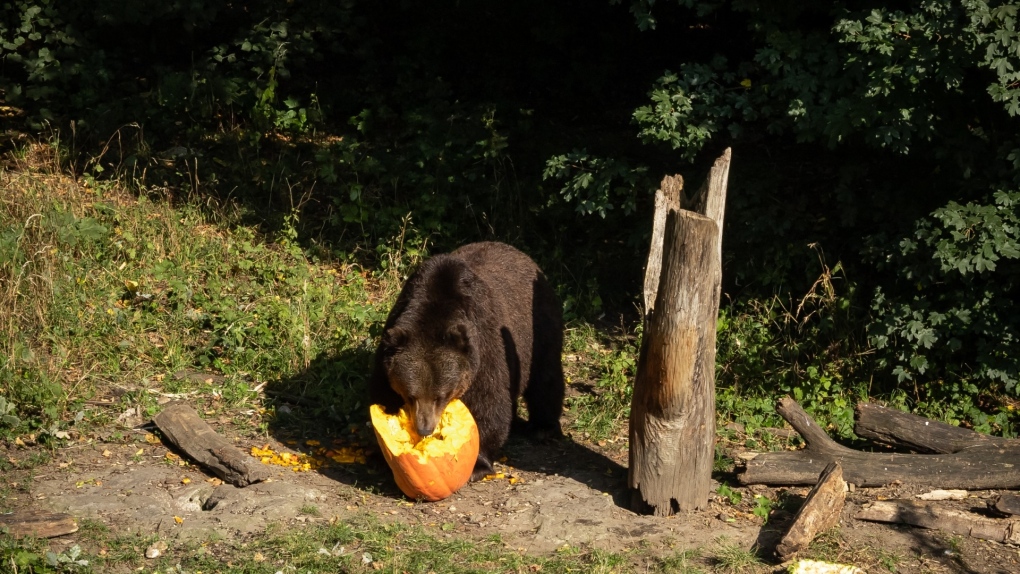 A bear is seen eating a pumpkin in this undated image. (Shutterstock)
Vancouver -

With Halloween less than two weeks away, B.C. conservation officers are warning locals to be cautious with their pumpkins.

In a social media post, the B.C. Conservation Officer Service warned of the risks that can come with leaving a jack-o-lantern outside for too long.

"They may seem like only a seasonal decoration but your Halloween jack-o-lantern could also attract a hungry bear," the warning said.

"As bears look to pack on calories, the scent of a carved pumpkin on a front porch could bring a bear right to your door, which creates a risk to public safety."

WildSafeBC, an organization that works to reduce human-wildlife conflicts, told CTV News Vancouver uncarved pumpkins could also be an attractant, but that jack-o-lanterns "tend to be much more odorous and likely more enticing."

Conservation officers and animal welfare advocates have warned in recent weeks of the high number of calls regarding human-wildlife conflict, particularly for bears and attractants. Last month, conservation was called 5,070 times about black bears. Officers responded to 508 of those calls and 142 bears were destroyed.

While there are several reasons why a bear may be killed by a conservation officer, food conditioning is one of them.

"Once a bear has learned to associate people with food, that behaviour is incredibly hard to change. Those are the bears that probably end up being destroyed due to conflict," Mike Badry, provincial wildlife conflict manager with BC Conservation Officer Service, told CTV News in the summer.

"There's still a whole lot of work to do to get people to appropriately manage those attractants."

This Halloween, BCCOS recommends putting pumpkins out on Oct. 31 only, then bringing them inside at night and disposing of them properly. Putting off carving until closer to Halloween also helps avoid early decomposition, BCCOS said.

"Make sure the only guest on your front porch is a trick-or-treater," BCCOS' post said.