Here's how many B.C. students attended class in person under the new COVID-19 measures 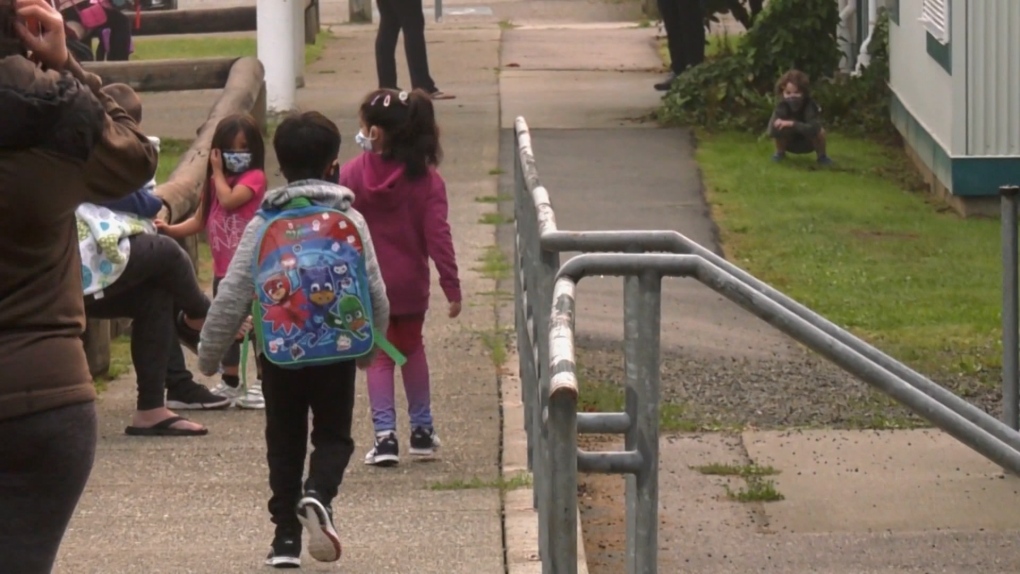 VANCOUVER -- Most B.C. students have returned for in-class instruction, the province's education ministry says, in spite of ongoing concerns from parents and teachers about COVID-19 safety measures.

Early attendance numbers show more than 85 per cent of students from kindergarten through Grade 12 went to class in person in the first few days, the province says.

"It's been incredible to see so many students being able to connect with their teachers, support staff and classmates again, and that school districts developed remote options for other students across B.C.," said Rob Fleming, minister of education, in a news release.

Many districts also hired more staff, creating 1,526 positions province-wide. While more than 600 of those are teachers, nearly 550 are custodial staff, as stricter cleaning measures have been implemented.

But the return to school hasn't been completely smooth. A dozen schools in Metro Vancouver alone have sent notices home to parents and students, warning of possible COVID-19 exposures in the first few days of classes being in session.

And, on Friday, the B.C. Teacher's Federation formally asked the Labour Relations Board to address its concerns related to the pandemic, saying many of its members are concerned about "inconsistent and inadequate" health and safety precautions in schools.

While attendance has been high, some parents called for more online options for students when school started, without having to fear they'd lose their spots.

Some individual districts have offered remote learning options, but often require students to have their own computer access. But in its news release Friday, B.C.'s education ministry says it's purchases "thousands" of laptops for remote and online learning, though most have been bought in major cities like Vancouver and Victoria.

Even so, Fleming said Friday that changes might still be made in the weeks ahead.

"We have always anticipated that there would be tweaks and fixes required," he said.

"What I've seen is an incredible responsiveness in the school system right across the province."