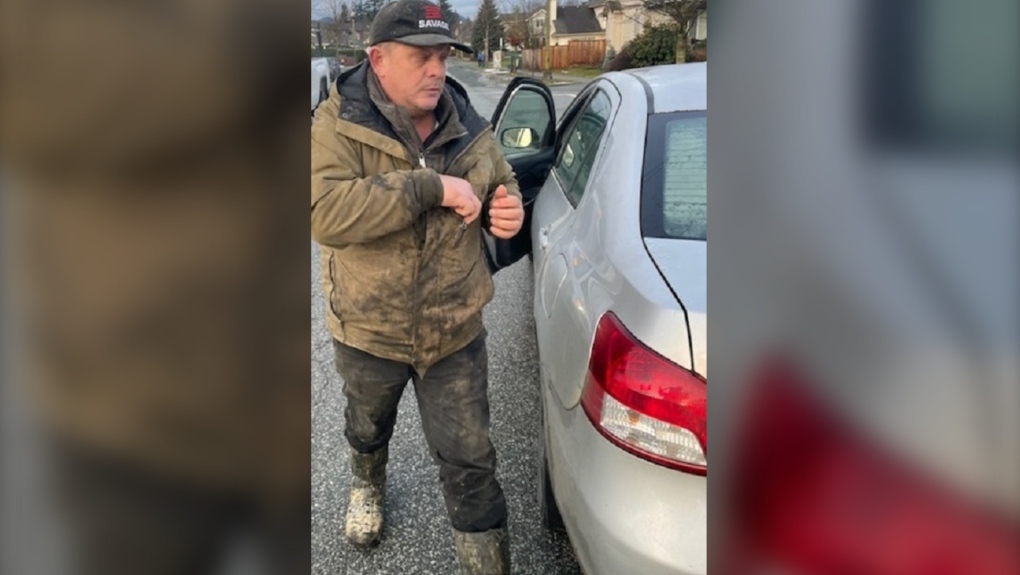 Mounties in Chilliwack are asking for the public's help identifying a suspect involved in an alleged road rage incident last week.
VANCOUVER -

Mounties in Chilliwack are asking for the public's help identifying a suspect involved in an alleged road rage incident last week.

RCMP said the suspect was allegedly holding a hammer when he approached another driver in a "threatening manner."

The incident unfolded just before 8:30 a.m. on Jan. 19, when the driver of a white pickup truck hauling a trailer on McGuire Road pulled onto the shoulder to secure the load.

"As the driver entered back onto the road, a collision nearly occurred with a passing grey-coloured Toyota Yaris," said Cpl. Mike Rail of the Upper Fraser Valley RCMP in a news release.

"When both vehicles halted at a stop sign at the corner of Stevenson Road and School Street, the driver of the Toyota, allegedly holding a hammer, approached the first driver in a threatening manner."

Fortunately, no one was injured in the incident, police said.

RCMP have released a photo of the suspect, in hopes someone will recognize him. He is described as white, 5'7" tall, approximately 198 pounds, with black hair.

Rail is reminding drivers to refrain from engaging in such incidents.

"The roadways are not the place to express anger," he said. "Take a moment, pull to the side of the road, and pause before acting out while driving."

Officers are asking any motorists travelling in the area at the time of the incident who may have witnessed the stopped vehicles or obtained dash cam video, to come forward.