The low-interest loan program introduced by the B.C. government to help first-time home buyers get into the market appears to be having a big impact on entry-level condos.

While government intervention in the real estate market put a chill on prices this summer, it looks like the new loan initiative is heating up prices again.

Bidding wars have returned, and some experts believe Victoria bears some of the blame.

Realtor Steve Saretsky said last month a full 25 per cent of deals went into multiple offers. In Vancouver "it's basically anything under $700,000 that's really moving quite quickly. We're seeing a lot of multiple offers," he said.

The multiple offers are almost exclusively on small condos, the most affordable option in a very pricey market.

A few examples of note include a 415-square-foot Yaletown studio that sold for $24,000 over asking, a one-bedroom in Coal Harbour that went $31,000 more than list price and a studio in Kitsilano that raked in $53,000 over asking.

"The kind of people active in the market right now is mostly first-time buyers," said Saretsky.

Although the early evidence is still anecdotal, observers say the price point of the sold properties is significant.

Where there seems to be multiple offers happening is below $750,000 – the maximum amount borrowable through the province's new home loan program.

The province has now approved 356 applications for the interest-free down-payments, and experts say that's enough to have an impact on condos prices. That's in contrast to some detached, single-family homes on the city's West Side that have been sitting on the market for months – many with price drops – in the wake of the foreign buyers tax.

"What seems to be clearly the case now is the top of the market is getting absolutely clobbered, [with] single family detached, the more luxurious, the worst the impact," said UBC Sauder School of Business Economist Tom Davidoff.

Saretsky echoes that sentiment: "You have two markets that are almost going what appears to be in different directions." 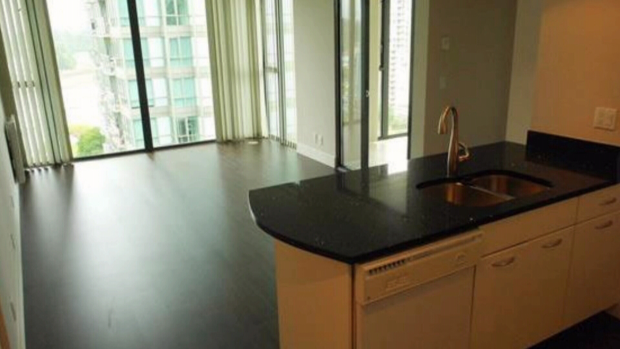 This one-bedroom condo in Coal Harbour went $31,000 over the list price.

Bidding wars cause stress on those just getting into the market, especially those who lose out on their desired property just when they thought they could finally buy in, he adds.

The question of whether or not to jump into this unpredictable real estate market is one that's difficult for even seasoned experts.

First-time buyers need to weigh staying on the sidelines with the possibility of being priced out of the rental market, and also the fact Vancouver remains a very desirable area to buy in.

"The long run is so great here, but the volatility in the short term is tremendous," said Davidoff.

Another factor consider: Low inventory. The number of new listings for attached and apartment properties dropped almost seven per cent last month compared to 2016, according to figures from the Real Estate Board of Greater Vancouver.