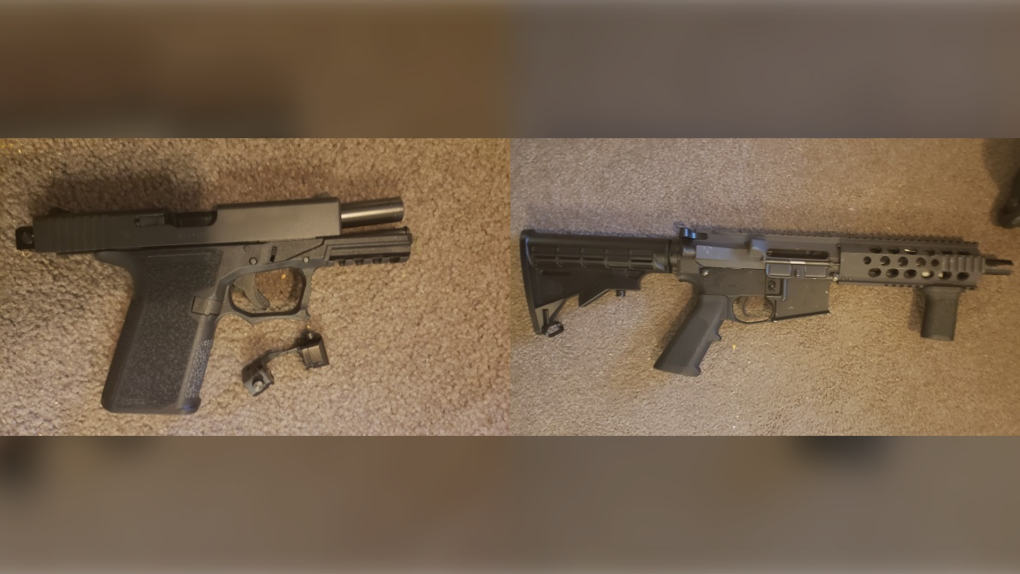 Police in Surrey have seized two firearms and hundreds of grams of fentanyl from a basement suite in the city's Bear Creek neighbourhood that property managers thought was vacant. (Surrey RCMP)
Vancouver -

Police in Surrey have seized two firearms and hundreds of grams of fentanyl from a basement suite in the city's Bear Creek neighbourhood that property managers thought was vacant.

Officers were called to the home near 87A Avenue and 142A Street on Sept. 11 after a "property representative" discovered some illicit drugs in the apartment, according to a news release from Surrey RCMP.

Police secured the premises and obtained a search warrant, which they executed later the same day.

Police added that the fentanyl was "packaged in a way that is consistent with street-level drug trafficking."

In an email to CTV News Vancouver, Surrey RCMP spokesperson Cpl. Vanessa Munn said investigators are working to determine who was accessing the basement suite and how they were entering it.

"There was no one supposed to be residing in the suite and it is not common for us to find items such as these in an unoccupied suite," Munn said.

In the news release, Munn noted the deadly effects of fentanyl trafficking in B.C.

"This year in B.C., more than 1,000 people have lost their lives due to illicit drug toxicity," she said. "358 grams of fentanyl may not sound like much, but when you consider that 2 milligrams is a potentially lethal dose, it really hits home how significant even small drug seizures really are. We encourage anyone who is suffering from addiction to seek help from their healthcare provider, and if you are using, never use alone."

Police said their investigation is ongoing. They're asking anyone who has information related to the incident to call them at 604-599-0502. Tips can also be provided anonymously via Crime Stoppers.