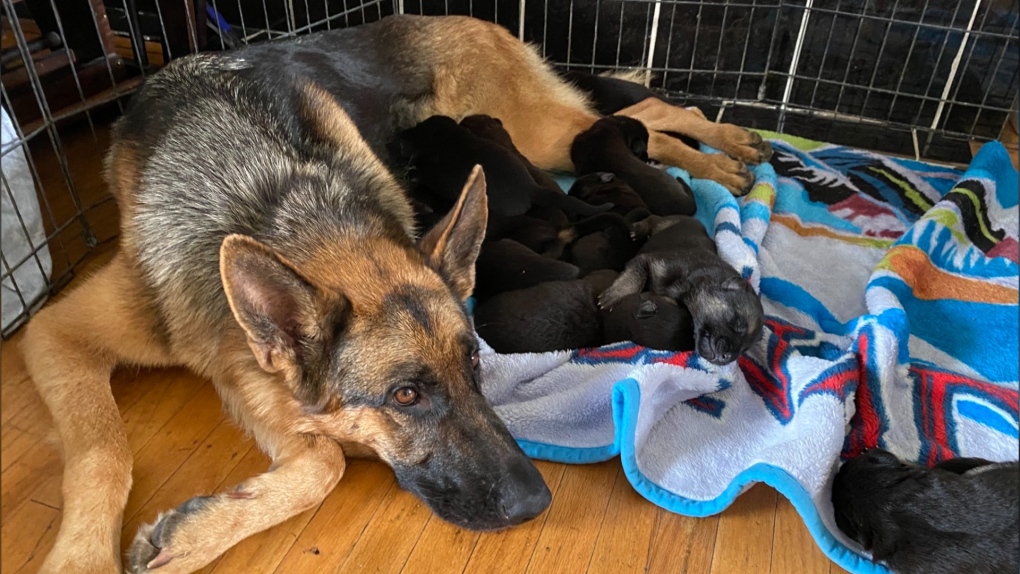 A B.C. woman stuck in traffic got an apt but unexpected Labour Day surprise when her dog delivered nine puppies in the backseat of her pickup truck.

Rachel Brennan's dog Reen, a two-year-old German Shepherd and first-time mom, wasn't expected to deliver her litter until at least the Wednesday after the long weekend, which the family spent camping.

But while they were packing up the campsite on the holiday Monday around noon, the pup started acting strange.

"She kept running into the tent, which was very unusual for her, so I put her in the backseat of my truck," Brennan tells CTV News, adding she was also travelling in her vehicle with her sister and her other dog Bo, who is the father of the puppies.

"(Reen) went into a deep sleep, which is really unlike her – she's very high strung."

About an hour into the trip, Reen started having contractions. Brennan called the rest of her family who were up ahead in another car, saying she was going to have to pull over.

"One puppy was born right then, within 10 minutes of her water breaking," she recalls.

"That pup, because it was her first one she was a little unsure of what she should do. So my sister actually ended up breaking the sac open and getting the pup up to Reen's mouth so she could lick it and get it breathing." 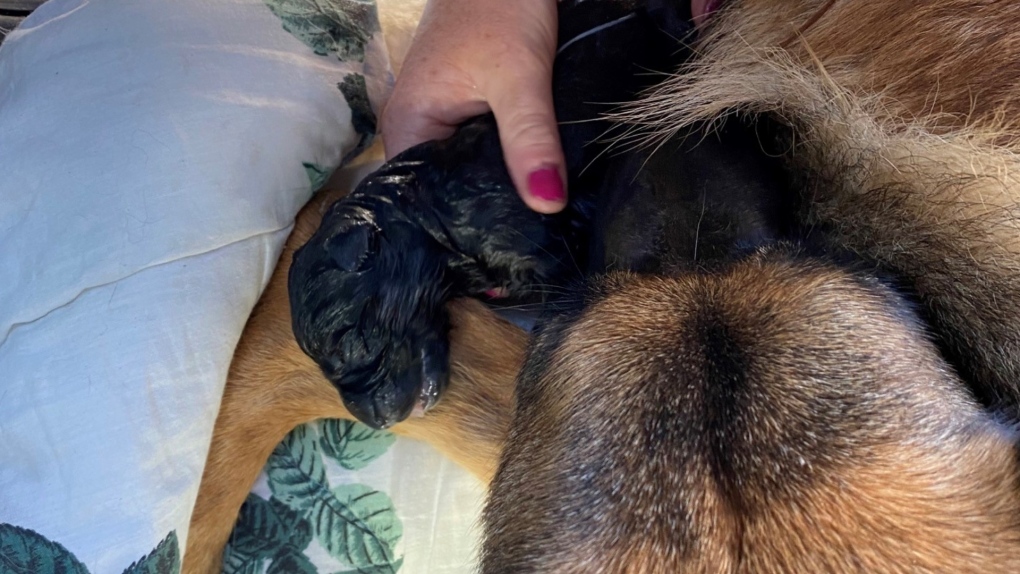 At that point, Bo was moved into another car to make space in the back seat so there would be room for Brennan to help with the ongoing delivery, and space for the newborn puppies.

In the parking lot of a gas station in Kamloops, roughly the halfway point of what was expected to be a four-and-a-half-hour drive, two more puppies were born.

The next part of the journey involved travelling along the Coquihalla, a route prone to traffic jams that is still under construction following devastating floods that washed away entire sections of the highway in November of 2021.

"It was about an hour and a half to get through all the traffic. It was just stop and go, and I was in the back, on the floor of my truck just helping her deliver," Brennan said.

"There were multiple cars that I'm sure thought it looked pretty strange. It was definitely crazy."

The drive took a total of 10 hours – twice the time it would have without the congestion.

"It wasn't the best experience – traffic never is. It smelled horrible, I can't even sugar coat it. The smell in the back of my truck was enough to make me nauseous," Brennan said.

"It was a really cool experience at the same time. It was not ideal and I was not expecting it, but she did really good and we just made the best of it." 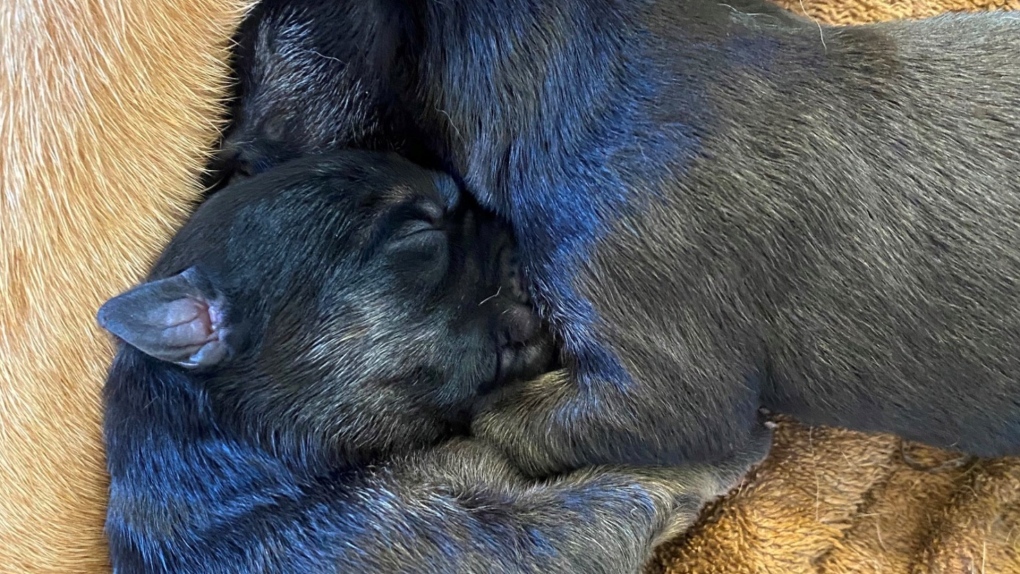 Brennan said she was expecting at least nine puppies but had been warned that there may be more and also told to prepare herself for the possibility that they would not all survive.

"I was prepared for at least nine but I was not prepared to have them in the backseat of my truck," she said. "I was kind of prepared for the worst."

By the time she got home at 10: 30 p.m., Reen had given birth to nine puppies. Brennan settled them in a kiddie pool in her house and threw away the quilt where the labour took place.

The next morning, she was surprised to find one more puppy had been born overnight. A week later, Reen and all of the puppies are doing well.

Brennan posted a video showing a little bit of the long, unforgettable car ride – set to the song "Life is a Highway." She says she's received some suggestions on how to commemorate the journey.

"I've had some people on one of my TikTok videos saying I should name the puppies after the highways."